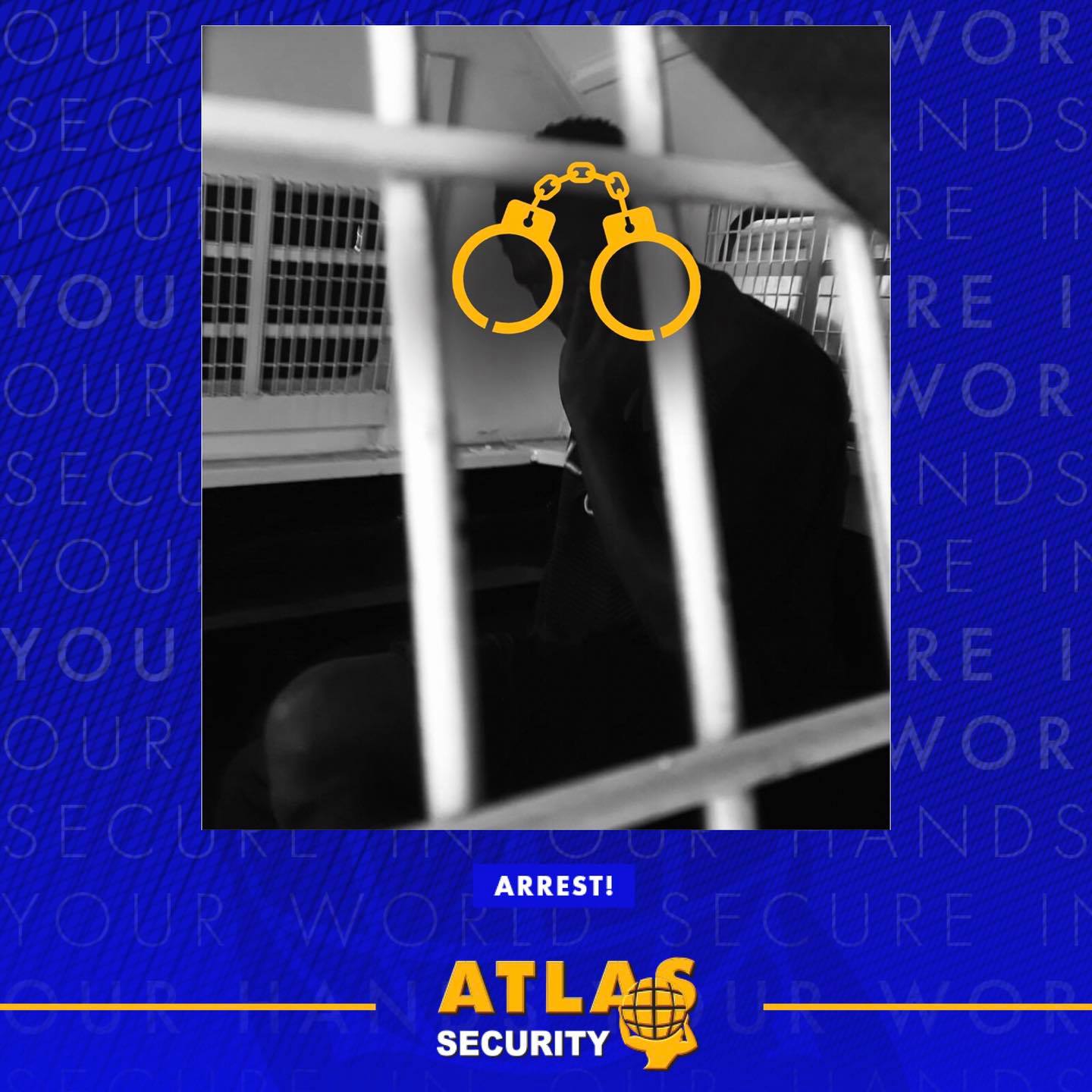 FOUR SUSPECTS BEHIND BARS IN 4 DAYS IN SIDWELL

Atlas Security Armed Response Officers have successfully apprehended 4 suspects within the last 4 days within Sidwell. These successes have come from 3 separate incidents’ which took all place at businesses in Commercial Road, and comprised of business burglary and attempted theft.

In the first incident, Suspects smashed the front door of the premises to gain access. Armed Response officer B88 noticed movement inside and called for back-up. B8 and B20 arrived as well as the SAPS and the suspect was arrested.

In the next incident, 2 suspects broke into a property which triggered the silent alarm. Armed Response was dispatched and upon arrival witnessed the suspects running across the roof. B88 apprehended the suspect and handed him over to the SAPS. The description of the second suspect was noted while patrolling Armed Response found the second suspect who was also apprehended.

The final incident in the trio of Commercial Road incidents had a suspect attempt to steal an amplifier and a USB cable from a store. The client pressed the panic and Armed Response Officer B112 gave chase. It was not long before the suspect was apprehended and handed over to the SAPS.

The businesses in Nelson Mandela Bay give our residents the necessary resources to put food on the table of their employees, which is why we will not rest while there are criminals out there trying to get a free payday. This is our community, and we stand together to protect it.

Should your neighbouring business not be an Atlas Security Client, have a chaty with them hand pass their contact details over to our team. You will get 1 free month of monitoring and response for EACH successful referral.