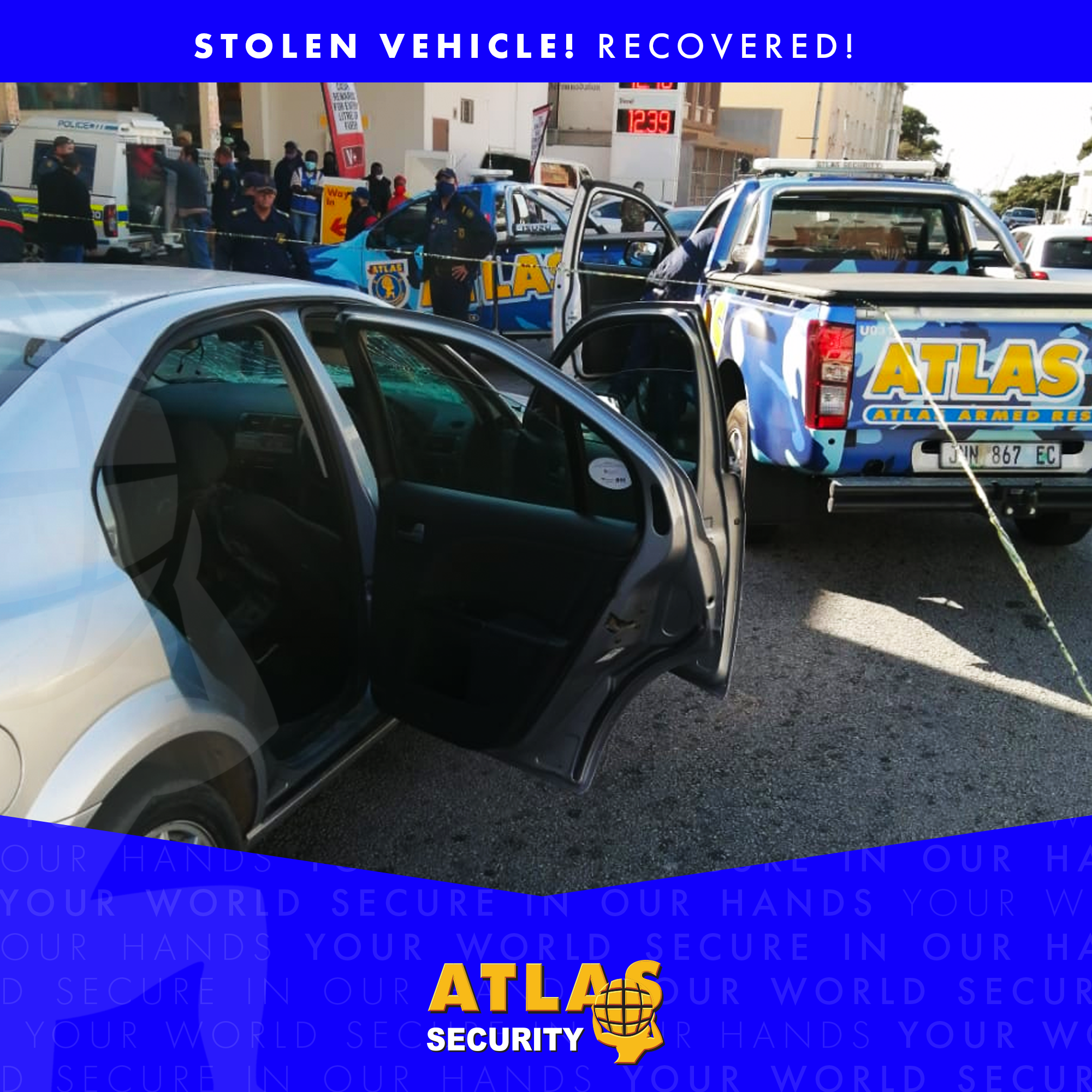 From Eyes In The Sky To Eyes On The Ground

From eyes in the sky to eyes on the ground, Atlas Security recovered a hijacked vehicle in Fairview during the weekend and in the most recent incident, a stolen vehicle was detected on one of Altas Security’s Licence Plate Recognition (LPR) cameras in Walmer.

Late on Friday night during his patrol, Atlas Security Armed Response Officer observed a suspicious vehicle in Fairview. On inspection. the abandoned vehicle had its driver’s door slightly open and the keys were left in the ignition. Our control room contacted the SAPS who arrived at the scene, it was confirmed that the vehicle was hijacked during the day and used in a robbery. The registration plates matched another vehicle. The vehicle was impounded and the SAPS took over the scene for further investigation.

On Monday morning, an alert from one of Atlas Security’s License Plate Recognition cameras (LPR) lead to the swift recovery of a suspected stolen vehicle, detected travelling in the Walmer area. The information was circulated to a number of watch groups, including our armed response team and the SAPS. The same vehicle which was reported as stolen was spotted in Western Road, Central, our area vehicle immediately responded and with the assistance of the SAPS K-9 Unit, the vehicle was pulled over. 3 suspects were arrested.

A current trend has emerged, where suspects are hijacking or stealing vehicles that they would then use to commit crimes.

We commend the armed response officers for their vigilance and swift response. By working closely with the police using the technology of the LPR cameras we can have a strong impact on fighting crime.

The use of these technologically advanced LPR cameras provides an important service to victims of crime for the recovery of their stolen vehicles and also assists motorists who may be innocently driving around in a vehicle that has not been listed or registered correctly on the official traffic database, possibly due to administrative errors