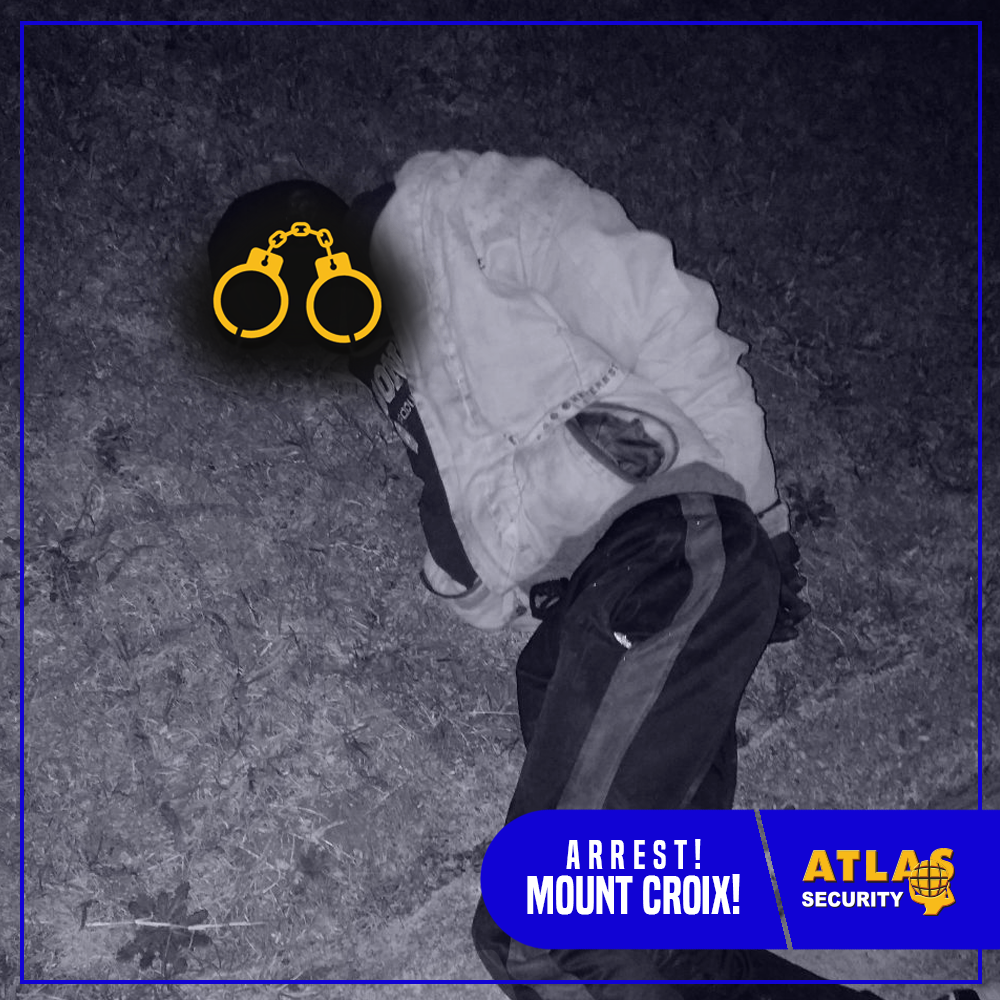 An Atlas Security client pushed their panic button after being concerned by the unusual barking of their dogs in the garden.

The suspect was arrested, a knife and a cellphone were in his possession. The client has opened a case with SAPS.