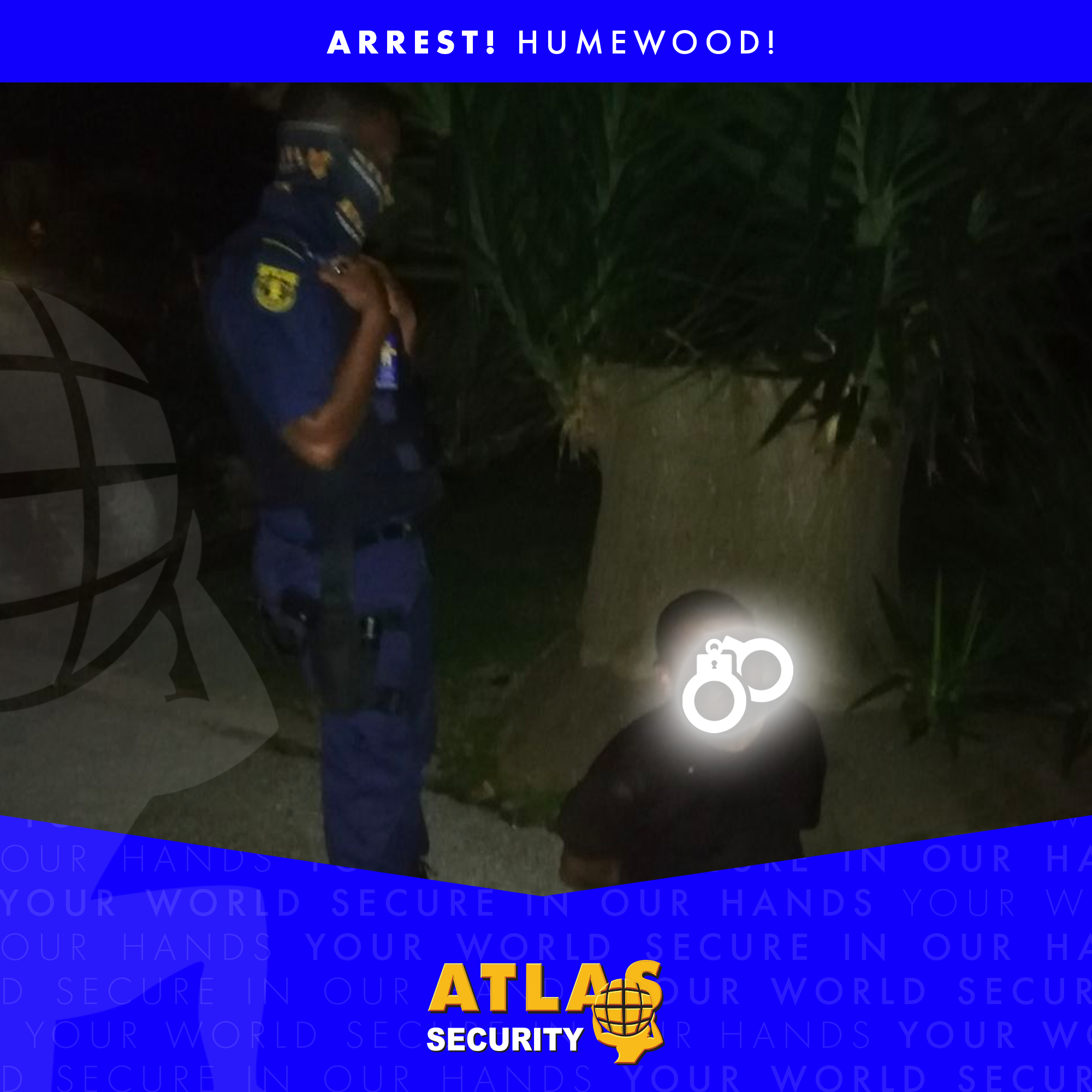 A resident had her night turn into one of terror on Tuesday when a suspect broke into her Killarney Road home while she was inside.

The suspect gained entry through the garage window and made his way through the lounge before attempting to break through the interleading security gate. The client pressed her panic button when she heard the suspect, which is when the Atlas Security Control Room dispatched two vehicles to the scene, with a third vehicle standing-by for back up.

Armed Response arrived on the scene quick enough to eliminate any chance of escape for the perpetrator, his only option was to receive a set of Atlas Security handcuffs. The SAPS thereafter arrived and arrested him.