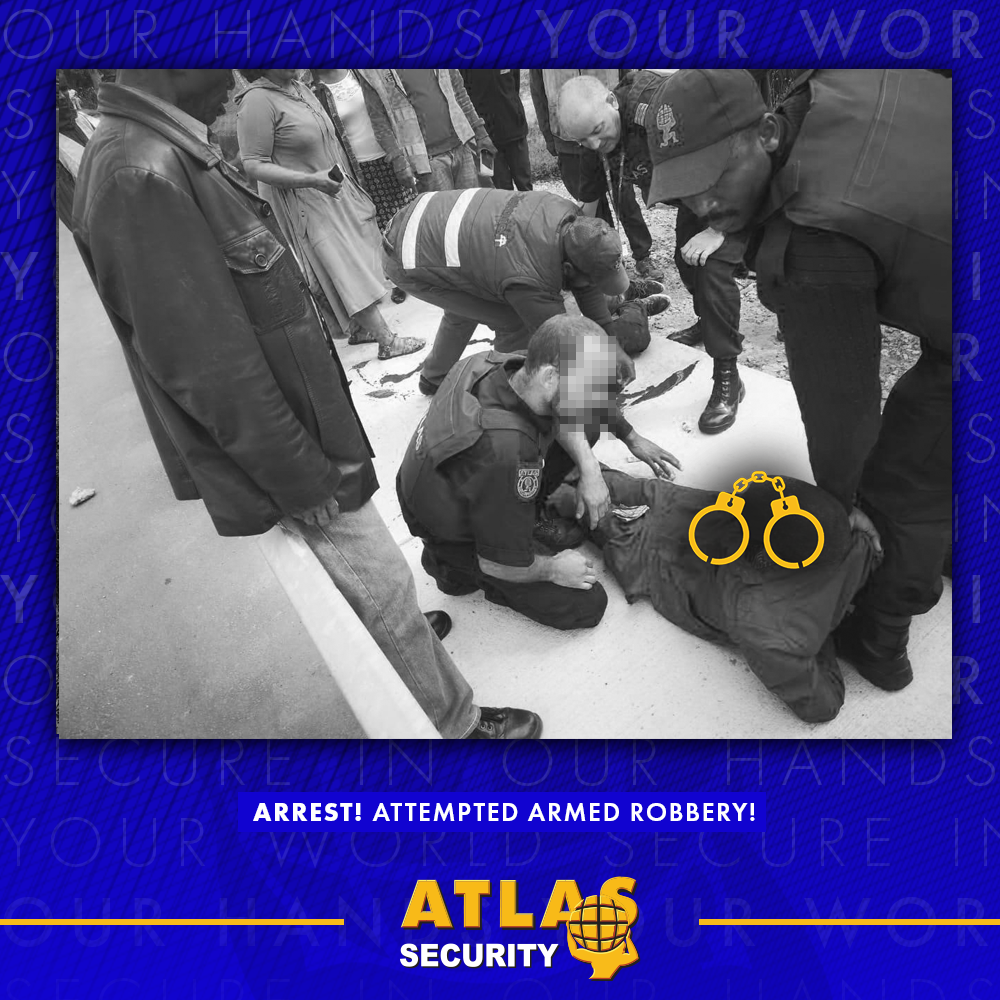 Swift team work by Atlas Security and members of the community led to the arrest of two alleged armed robbers early on Thursday morning. Clinton Millard, Director for Atlas Security Port Alfred said that the control room had received a panic activation from Campbell Street. Information came through that a lady was mugged of her cellphone by two suspects, one armed with a firearm.

One suspect was caught by members of the community while the other suspect fled the scene. Using the description of the second suspect, our armed response officers immediately proceeded to an area where he was spotted fleeing. Atlas Security Armed Response spotted the suspect and gave chase. The officers managed to arrest the second suspect who was then handed over to SAPS

Clinton said “By working closely with the local community we have managed to strengthen the fight against crime in Port Alfred, we also would like to encourage residents to take the time to open cases against suspects following arrests for crimes before they move on to commit more serious crimes”