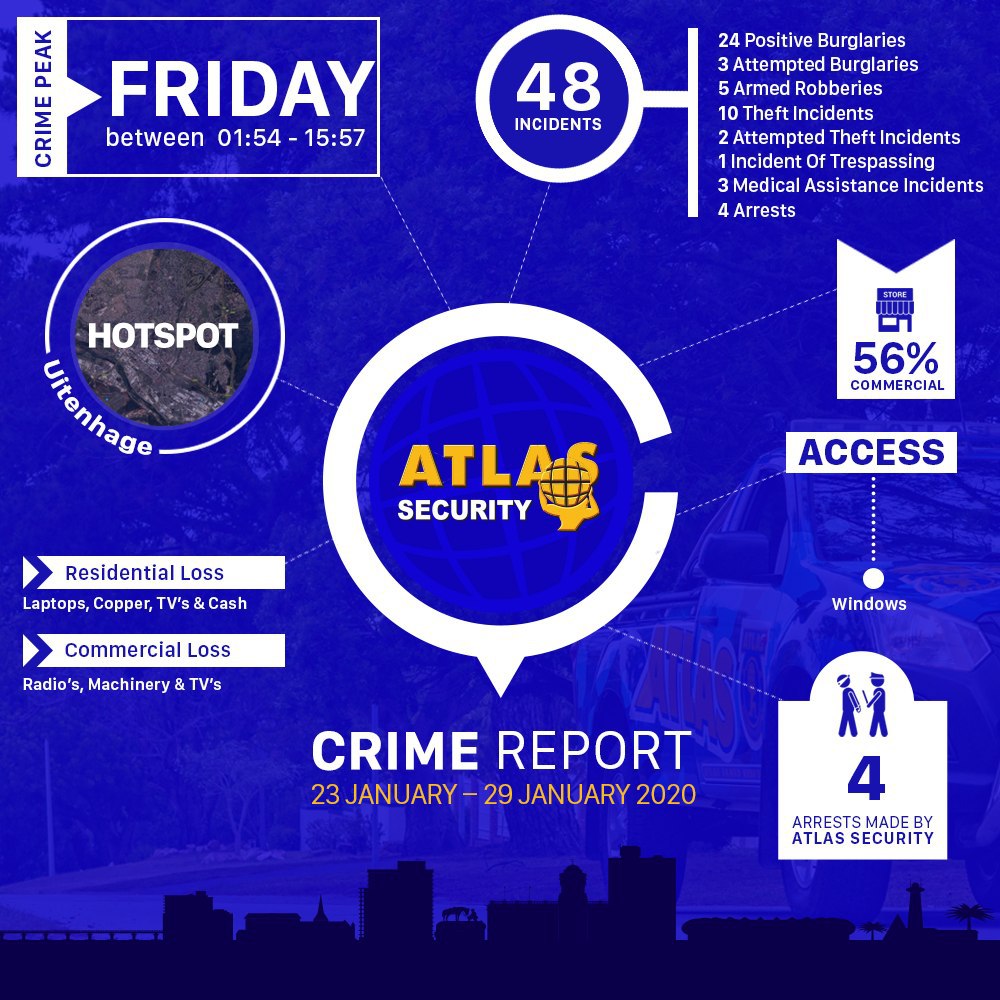 Know your role in an Armed Robbery.

A total of 48 incidents were reported to Atlas Security. Of these, 24 were positive burglaries, 3 attempted burglaries, 5 armed robberies, 10 theft incidents, 2 attempted thefts, 1 trespassing incident, 3 medical assistances and 4 arrests were made.

Burglaries are still high and the community needs to stay aware, but the more alarming stats are the constant high figures of armed robberies. It is vital that people know what to do when becoming a victim of an armed robbery, most of the reported incidents of this traumatising crime shows that the suspects seem to not want to hurt any victims, they are there for the cash and the items. Stay calm and don’t try to be a hero, let them have the cell phones and cash, they’re not more important than your life. Keep an eye on the Atlas Security Crime map to stay aware of what’s happening in your area https://www.atlas24.co.za/crime-map/

We are all champions in our own right, but now is the time to become a champion in your neighbourhood. Champion your neighbours to joining Atlas Security and not only will you receive a free month per successful referral, but they will also receive their first month of monitoring and response absolutely free!