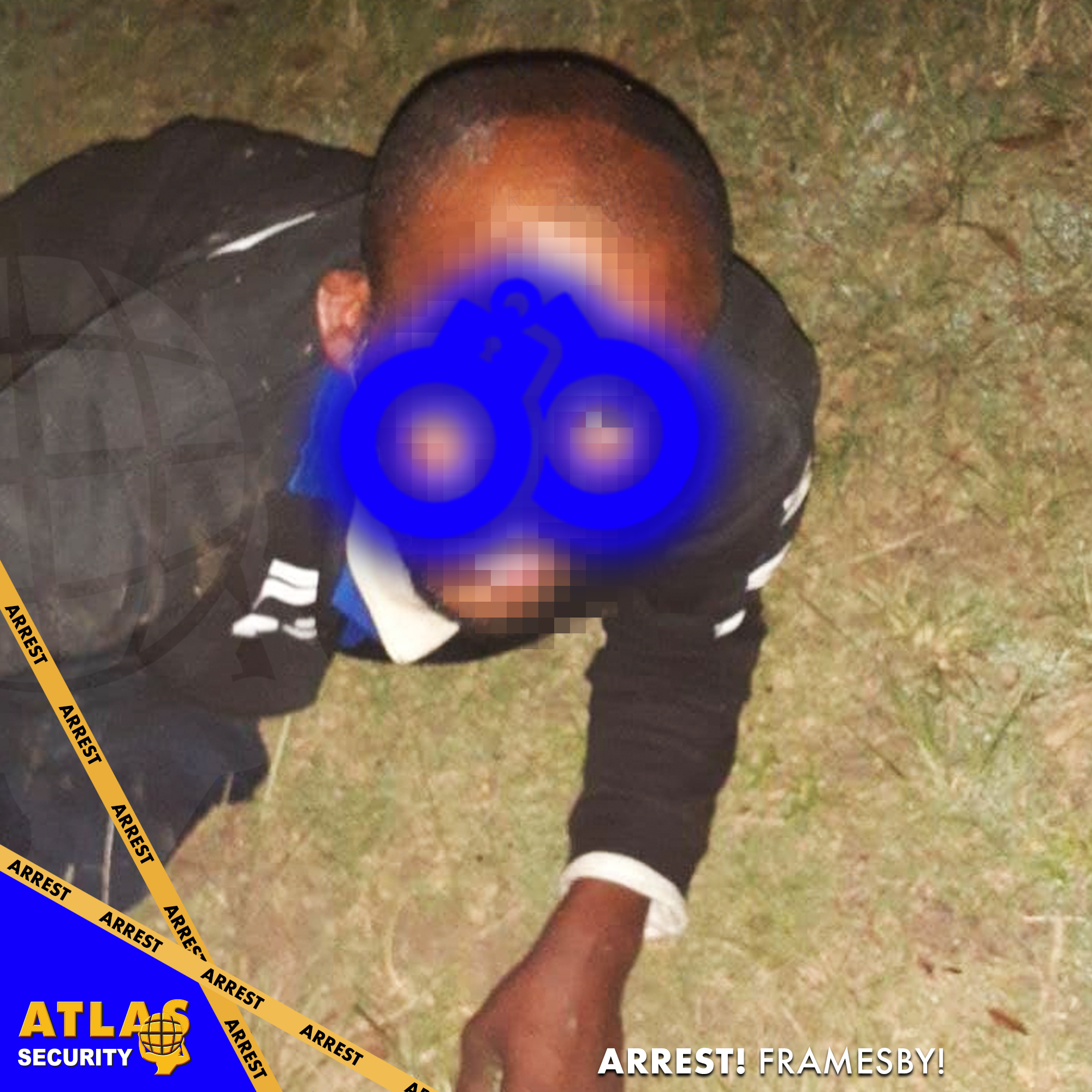 In another display of strength that comes standard with living in an Atlas Security DPS Area, a suspect that poses a potential harm on the community has been removed, and it all began with the vigilance and awareness of our DPS Armed Response Officer.

While on patrol, B98 spotted a suspicious individual lurking around on Samantha Way, he moved in to investigate. After a brief questioning and search, The Atlas Security Armed Response Officer found that the suspect was in possession of drugs, a computer tower and bank cards.

The suspect was detained until the SAPS arrived. It was confirmed that he is a known criminal, who had done time in prison for murder. The suspect was taken to the station for further investigation.

Atlas Security DPS Officers become so in tune with the area that they protect, that they are easily able to detect when something is out of place. They build strong relationships with the residents and employees of the area; so that when there are individuals that don’t frequent the area, our team is able recognise it and keep a close eye on them.