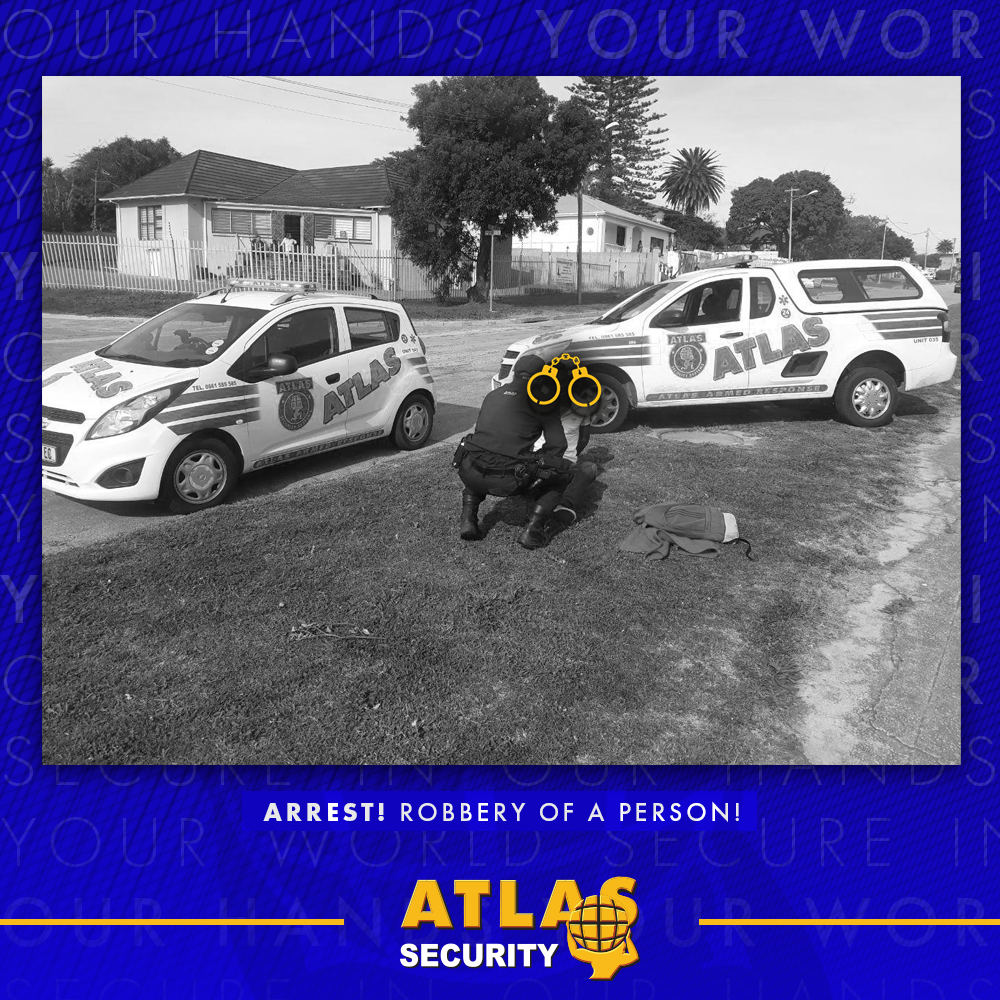 Man Arrested After Allegedly Attacking And Assaulting A Woman

Atlas Security’s Operations Manager, Monty Montgomery said the latest arrest took place shortly after lunch time on Tuesday, when an unknown male attacked and assaulted a woman. “Our two Armed Response Officers, B140 and B122 were patrolling the area when they spotted the attack, they both responded immediately by chasing the male after he fled when he spotted the officers”

Armed Response Officer, B140 chased the suspect on foot while Officer B122 gave chase using the vehicle. The suspect was caught and arrested. The husband of the victim arrived and took her to the SAPS to open up a case.

Visible policing combined with the benefit of having two officers in a vehicle is that it can dissuade people from making such attacks, or in this case faster arrests!