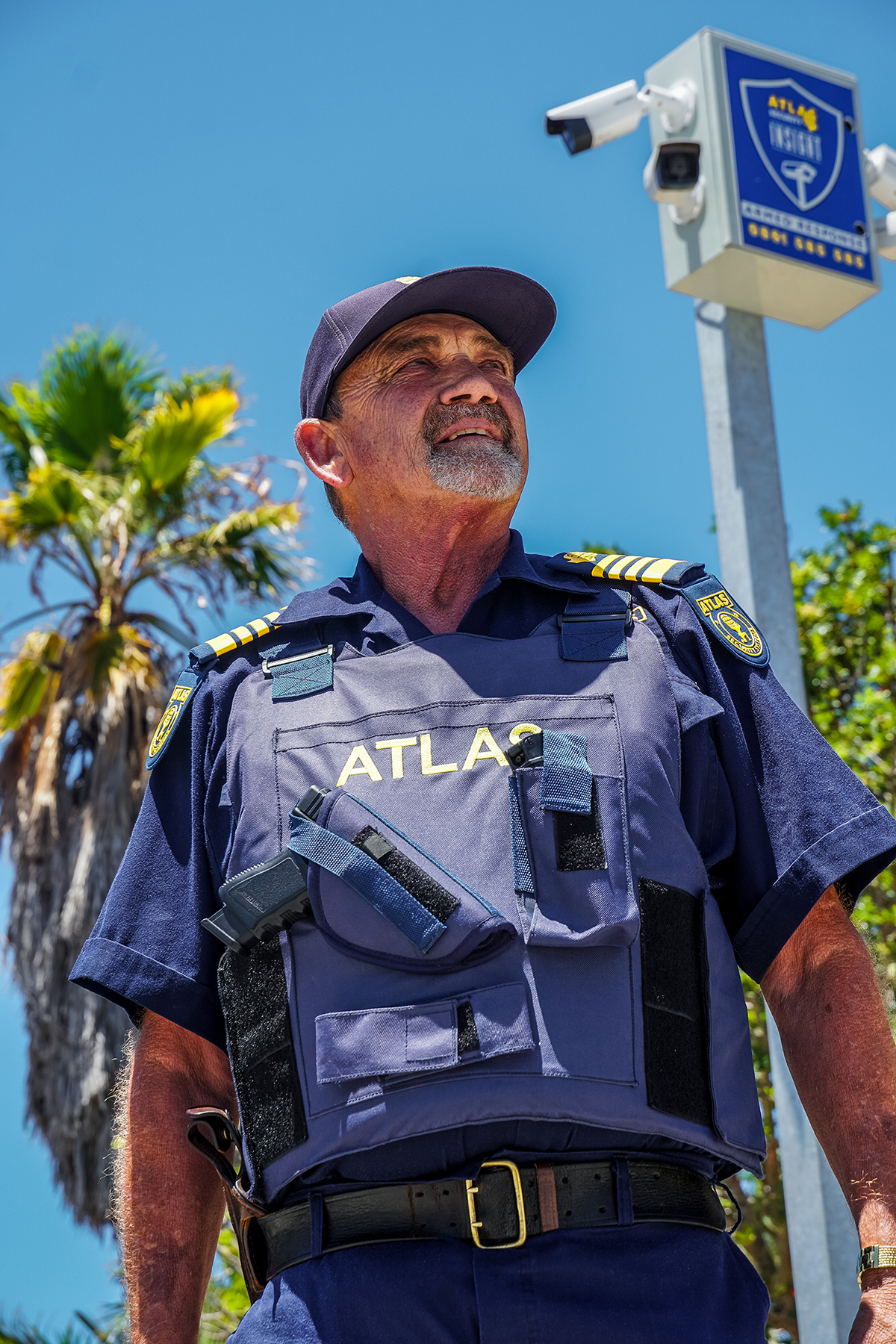 Monty Montgomery, Atlas Security Operations Manager, reports that this past week great arrests were made by both Atlas Security and SAPS throughout the Metro. Arrests following house robberies, armed robberies right down to ‘petty’ crime. Monty says “Very little losses were suffered and a great number of goods were recovered. These successes are thanks to team effort”. “I urges residents to continue sharing information and to always keep a watchful eye on their neighbourhoods. Look around and continue to be “nosy”. Let us clear our streets and create a crime free Metro.”

We would like to warn all residents that in some cases suspects get dropped off to commit crime in areas and are picked up and removed when they are finished, this points to the horrific attack on the elderly lady in Lovemore Heights. Beware of strange cars in your area. Monty shares that this crime has become so organized that they have a vehicle roaming around to pick up their loot.

Monty says “Businesses are suffering at the moment. More than 60 percent of the burglaries took place at businesses. This is due to lack of protection and various other factors. Do not rest on your laurels and beef up your security. Your property is most vulnerable when it is unoccupied. Evenings, holiday periods and weekends present a challenge to your security.”

Over the past few months we, along with the SAPS, as well as the majority of service providers within our industry, have found an increase in intruders utilising the roof of a building and/or inconspicuous areas, in order to gain access. Once intruders have gained access, they attempt to disable the alarm system prior to proceeding further into the building itself. In some instances, the intruders manage to render the alarm incapacitated, by damaging it to such an extent that it is no longer able to function. With this, we receive an alarm activation (in most cases) to which our response officers are dispatched. They check the premises and are not always able to see any visible signs of forced entry, especially where the roof is too high to check or access right around the whole building is not possible. This is then reported back to the owner, or key holders – who have been nominated to deal with alarm incidents at the premises. If you opt not to meet with our response officers, your business could be emptied in just a few hours.

Lastly substance abuse is still a major problem. Although there have been a great number of arrests and drug busts, it still remains a huge problem and contributes largely to our high crime. Examples would be a family member or neighbour who is misusing drugs and other vices. He is aware of a few neighbourhoods that are regularly visited by drug lords. Drugs are now easily available and are even delivered to homes. This means that they are attracting unwanted characters into the area. Stay safe and rest assured, your world is secure in Atlas’ hands.