This week, Monty Montgomery, Atlas Operations Manager, reports that there are far too many violent crimes taking place at the moment, ranging from domestic violence, house robberies going drastically wrong to murders. He urges readers to be extra careful and aware of their surroundings at all times.

Be especially vigilant when retiring to bed at night as this is when residents are the most vulnerable. When on your way home, always check to make sure that no-one is following. If you see something suspicious, be sure to report it in some way.

This week a resident suffered major losses after a burglary where the suspects moved around without activating the alarm. Monty explains that criminals are extremely educated and clever and they are aware of any cats/dogs on site and whether they live inside/outside. If they live inside, that means you’re that your alarm will probably be pet friendly and old. You will also more than likely leave a window open for the cat to enter/exit and voila – the criminal will crawl around like a cat in your house. Beware of these loop holes. Suspects check out your bad habits and thrive on them.

Having an alarm doesn’t mean that you’re immune to a burglary. Have a look at what you have installed.

How old is your alarm?
Do you have enough Passives?
Do your pets have free reign to your house?
Can people crawl around within your house without being detected?
Can your Passives be obscured?
Do you arm your alarm at night?

Monty reports that schools are being target once again. Recently a hijacking took place at a school, a teacher was involved in an armed robbery and scholars are being mugged for cell phones on a daily basis. He urges parents who are collecting kids to keep a watchful eye while they are in the area. If you notice children being pushed around – get help immediately.

Shoppers at malls are being watched as they enter and exit the malls. You are constantly being watched for your wealth…from jewellery to money withdrawn from bank, cell phones etc.
Be continually aware of your surroundings and being watched and followed.

Another serious matter Monty addresses is the unfortunate fact that criminals could move into your neighbourhood, especially townhouse complexes. Take note of suspicious behaviour. i.e. A neighbour’s garage opening during the early hours of the morning and a vehicle/bakkie reversing in. This should make you think?? Report to the Police or privately to the chairman of your neighbourhood watch.

Monty wishes to warn neighbourhood watch groups to be very selective of who they allow into their groups – villains could be living amongst you. Always ask residents to complete an application form containing vital personal information. A crime check (conducted by the SAPS) is also advised.

Business and industrial properties are being targeted badly at the moment. Monty urges keyholders to meet with the Response Officers speedily after alarm activations. Due to the high crime rate and criminal activities it is sometimes impossible for our response officers to stand at a site for over 2 hours waiting for keyholders to arrive.

Lastly, with the weather changing – humans tend to sleep deeper and longer during the cold winter nights. It is a known fact that people become more reluctant to get up and investigate funny noises when it’s cold. Ignoring these signs could be fatal. The last thing you want is to wake up with suspects next to your bed. Take extra precaution when locking up. 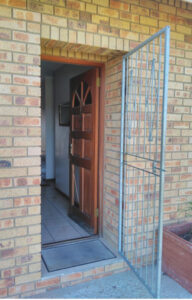 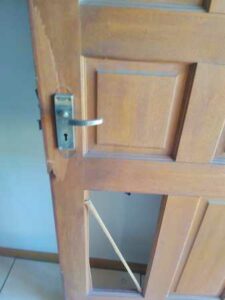 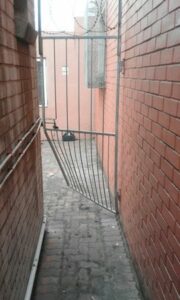