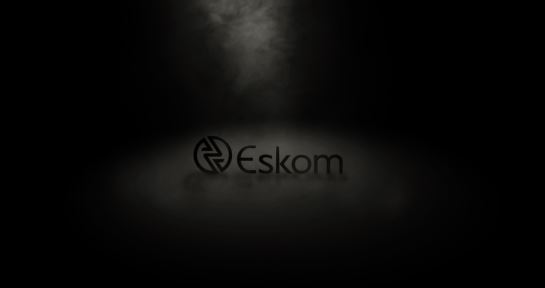 Eskom officials said they are in a race against time to avoid a complete grid collapse and a national electricity blackout.

To avoid a total blackout, Eskom is preparing for stage 5 and stage 6 load-shedding – which require 5,000MW and 6,000MW to be shed from the grid respectively.

These extreme measures are needed because 17,000MW of Eskom’s 47,000MW installed capacity is not available for service due to unplanned breakdowns.

Eskom is also missing 5,000MW from planned maintenance, 1,100MW from Cahora Bassa, and 2,000MW from open cycle gas turbines because of a diesel shortage.

How a national blackout happens

Electricity expert Chris Yelland explained that the safety features built into electricity equipment to prevent catastrophic failure would lead to a blackout.

“When demand exceeds supply, what happens is you have overloading of generators, transformers, cables, and switchgear,” said Yelland.

To protect against the massive damage an overload would cause, trip mechanisms are installed in the equipment.

If there is an overload and equipment starts to trip, the overall electricity supply decreases, but the demand stays the same.

This places even greater strain on the parts of the grid still on, causing them to overload and trip – once again reducing supply.

Yelland said if you had an aerial view of the country, you would see these cascading trip-outs spread as a wave of darkness.

Besides leaving the country without power, a national blackout would leave us in a situation where Eskom would have to restart power plants without electricity – a “black start”.

This could take 2-3 weeks, said Yelland.

Power plants use some of the electricity they generate to operate equipment such as conveyor belts that feed coal into furnaces, so to start them up you need to start with a small generator.

To bootstrap a power plant, a small diesel generator is typically used to start up a larger generator, which in turn is used to start parts of the plant.

“There are procedures and protocols in place to do a black start. This matter has been carefully thought out and procedures put in place.”

Robbie van Heerden, a senior energy specialist at the CSIR, previously explained that a blackout would be a disaster “akin to civil war breaking out”.

He explained that during a blackout, darkness, no or minimal telecoms, water schemes running dry, social unrest, and looting would occur.

It is therefore extremely important to avoid a total grid collapse, which is done through limiting demand through load-shedding.

Bad news for South Africans is that they can expect load-shedding to continue for some time to come.

During a briefing from Public Enterprises Minister Pravin Gordhan today, he said they do not have answers on when the power cuts will stop.

“I know the most important issue for South Africans is how long will this last and when will you be able to give us certainty that load-shedding will end,” he said.

“At this point in time we are still getting a better grasp of the technical problems and other problems that Eskom power stations are confronting.”