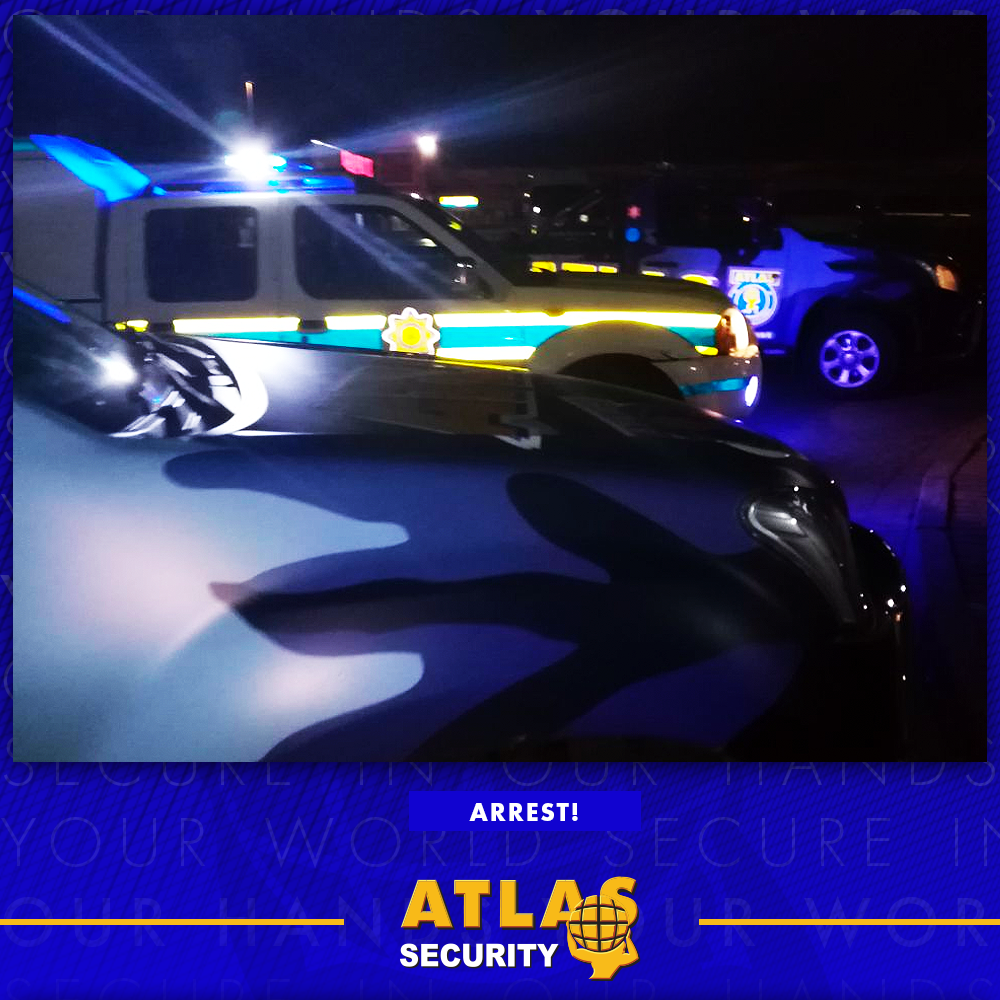 By Ryan Morris
comments off
86
0

After receiving multiple panics from guards in a mall in Kwadesi, Atlas Security Armed Response arrived to an incident of an ATM Robbery.

The guards informed Armed Response which way the suspects fled. Response followed the information which led to the arrest of the suspects and being handed over to the SAPS.