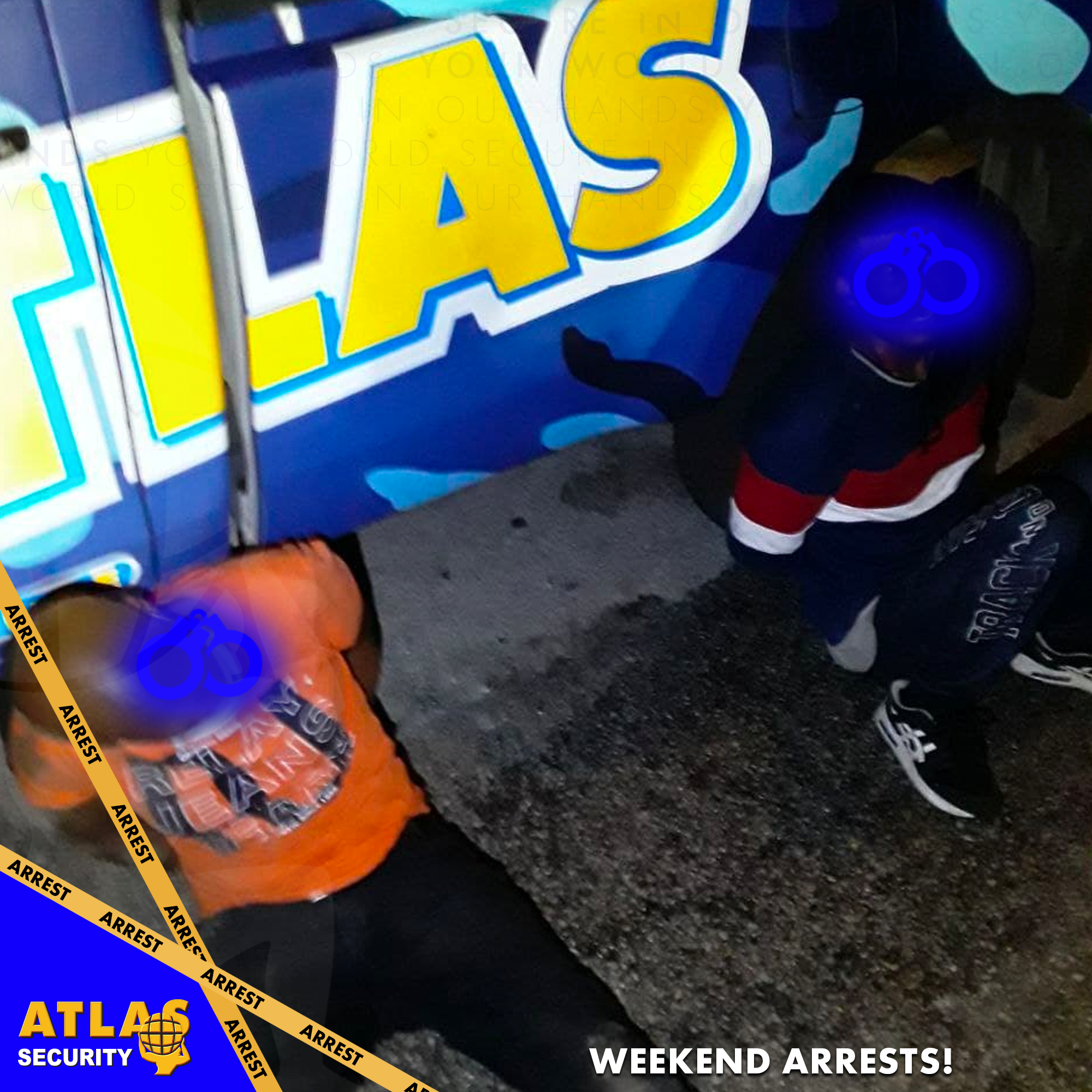 With so much frustration coming from a weekend of rolling blackouts as Eskom continues to implement Loadshedding, our Operations Team worked with critical precision to make successes across the Metro.

The momentum started when a security guard at St Georges Park Cricket Stadium heard a noise, he investigated and spotted a male on the premises. The suspect hid in the bathroom which allowed the quick-thinking guard to lock the door, eliminating any chance of escape. He then contacted Atlas Security, who detained the suspect and handed him over to the SAPS.

Later, the Atlas Security Control Room received activation signals from a premises in Cooper Street, Richmond Hill. Armed Response was dispatched and the keyholder was contacted, who confirmed that one camera seemed to have been sprayed. He met Armed Response on-site and, while doing an internal check, Armed Response apprehended two suspects who had gained entry through the back door. The suspects were handed over to the SAPS.

The third successful response started with a client in Uitenhage phoning into the Atlas Security Control Room with information of a burglary in progress at their neighbour’s premises. Armed Response arrived on the scene and recorded the information of the suspect. Armed Response searched the bushes and surrounding streets for the suspect and gained success in Strydom Street when he found and apprehended the suspect.

The final success of the weekend took place at a business in Govan Mbeki Avenue. The Atlas Security Control Room received multiple panic signals and the Operations Team sprang into action. Armed response stood down to a situation where one male was attempting to rob another male, in the process stabbing him in the back. Armed Response detained the suspect and handed him over to the SAPS, and the victim was transported to the hospital.

Credit goes to the sharp work on the ground by Atlas Security Officers B99 and B67 who apprehended the suspects in St Georges Park, Richmond Hill and in North End, and credit going to B19 for apprehending the suspect in Uitenhage.