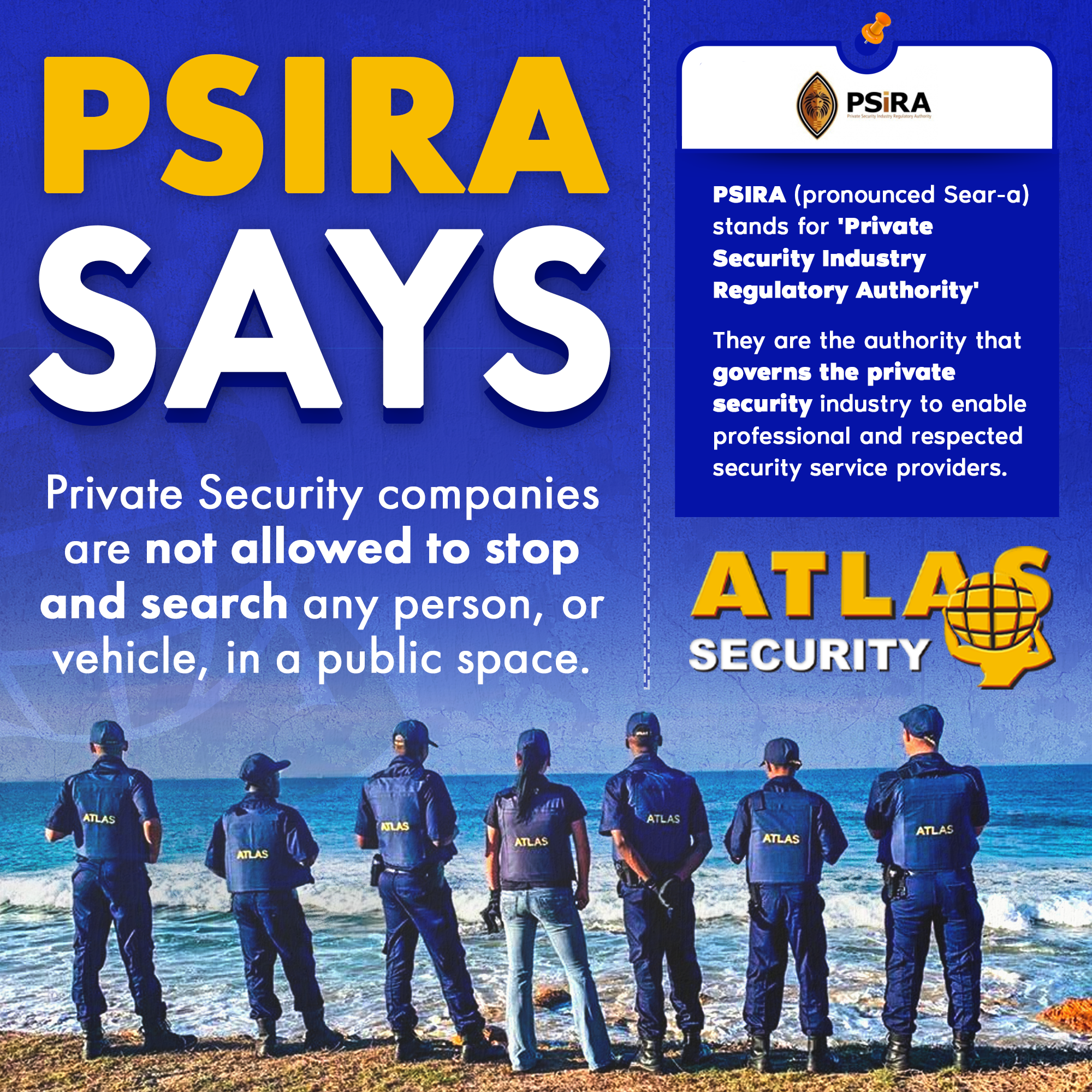 PSIRA has reminded that people have a constitutional right to the freedom of movement.

But what exactly does this mean?

It means that any person is allowed to walk, or drive, around wherever and whenever they please. So, when someone is walking slowly past your home, no one is allowed to come and tell them to go away. They are not breaking any laws by walking in the street, so they can’t be reprimanded and told to move to another area.

With that being said, you may be asking why we encourage people to report suspicious activity and movement, even though that we are not legally allowed to remove them. The reason for this, and it’s no secret, is that criminals are known to first scout their target and plan their routes, and although no one can act until they have committed a crime, we can make very sure that they are aware that they are being watched.

A criminal that feels that his plans have been compromised is very likely to abort all plans and move to another area. Their entire operation revolves around not being seen, and if we make it clear that they have in fact been seen, they understand that their risk of being caught increases dramatically and their entire plan crumbles.