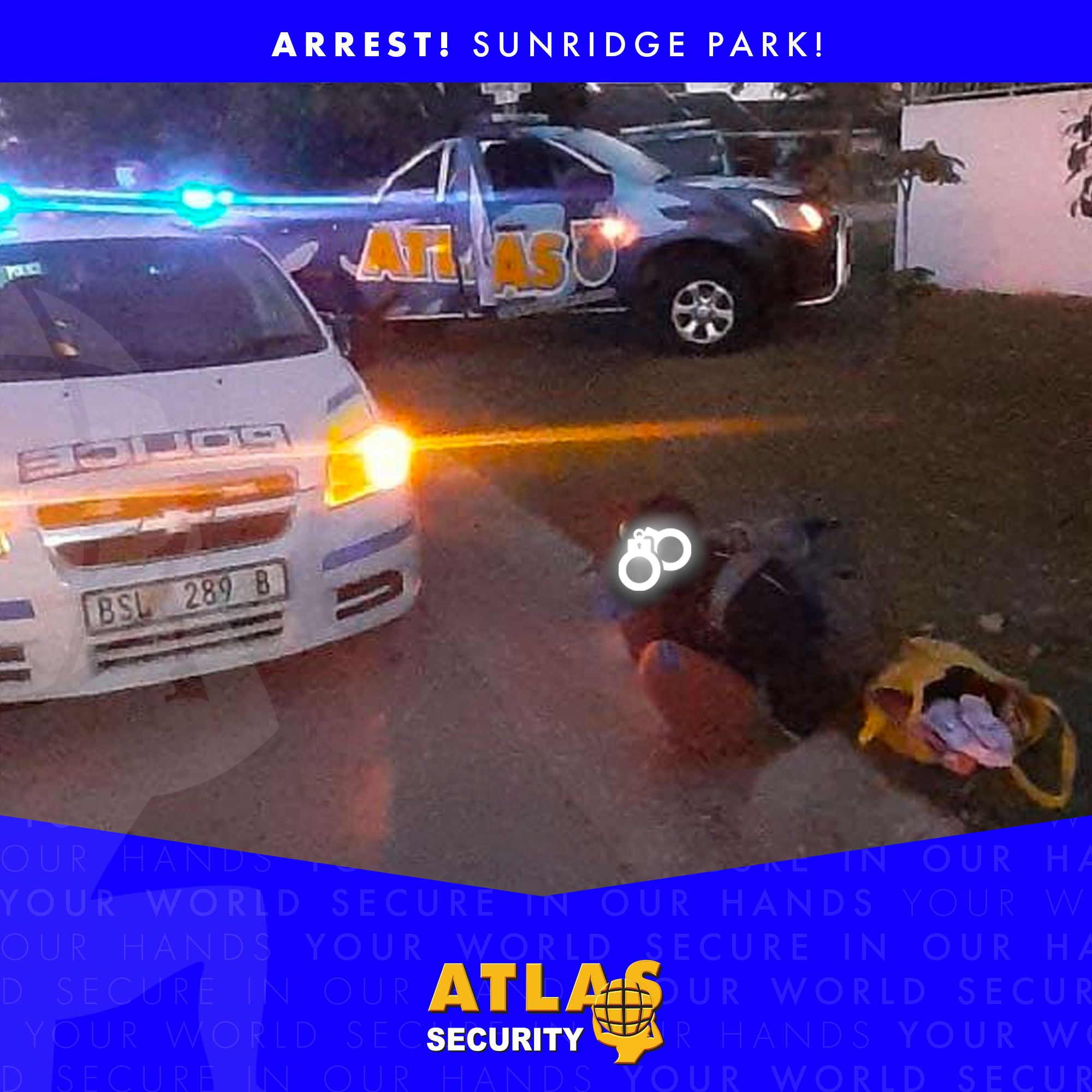 An Atlas Security DPS Officer was doing his patrol in the Sunridge Park/Fernglen area, when he noticed an individual walking with a number of items in Sluysken Avenue. Realising something was out of place, the officer began to approach the individual which is when the suspect started running.

Officer B98 called for back-up when the suspect started jumping over walls and trying to use yards to escape. B97 arrived to assist and joined the pursuit, but was stopped by a resident informing him of where the suspect had dropped the items he was carrying, B98 was still hot on the suspects heels.

After a lengthy chase, the suspect was caught in the church yard in Broadway Avenue. The SAPS arrived and it was ascertained that the items the suspect was carrying were in fact stolen goods. A few of the stolen items found their home, with it still to be uncovered as to where the rest of the items came from. The suspect was handed over to the SAPS for further investigation.

Proactive patrols have proven their success time and time again. Atlas Security DPS areas have a dedicated vehicle 24 hours a day, 7 days a week. DPS Officers study the movement in their area and are able to identify something that may be out of place, be it a suspicious vehicle or wandering people.

Contact Atlas Security today to become a DPS client. You can also enjoy a high level, proactive service offering over and above the individual benefits that comes with being a DPS client