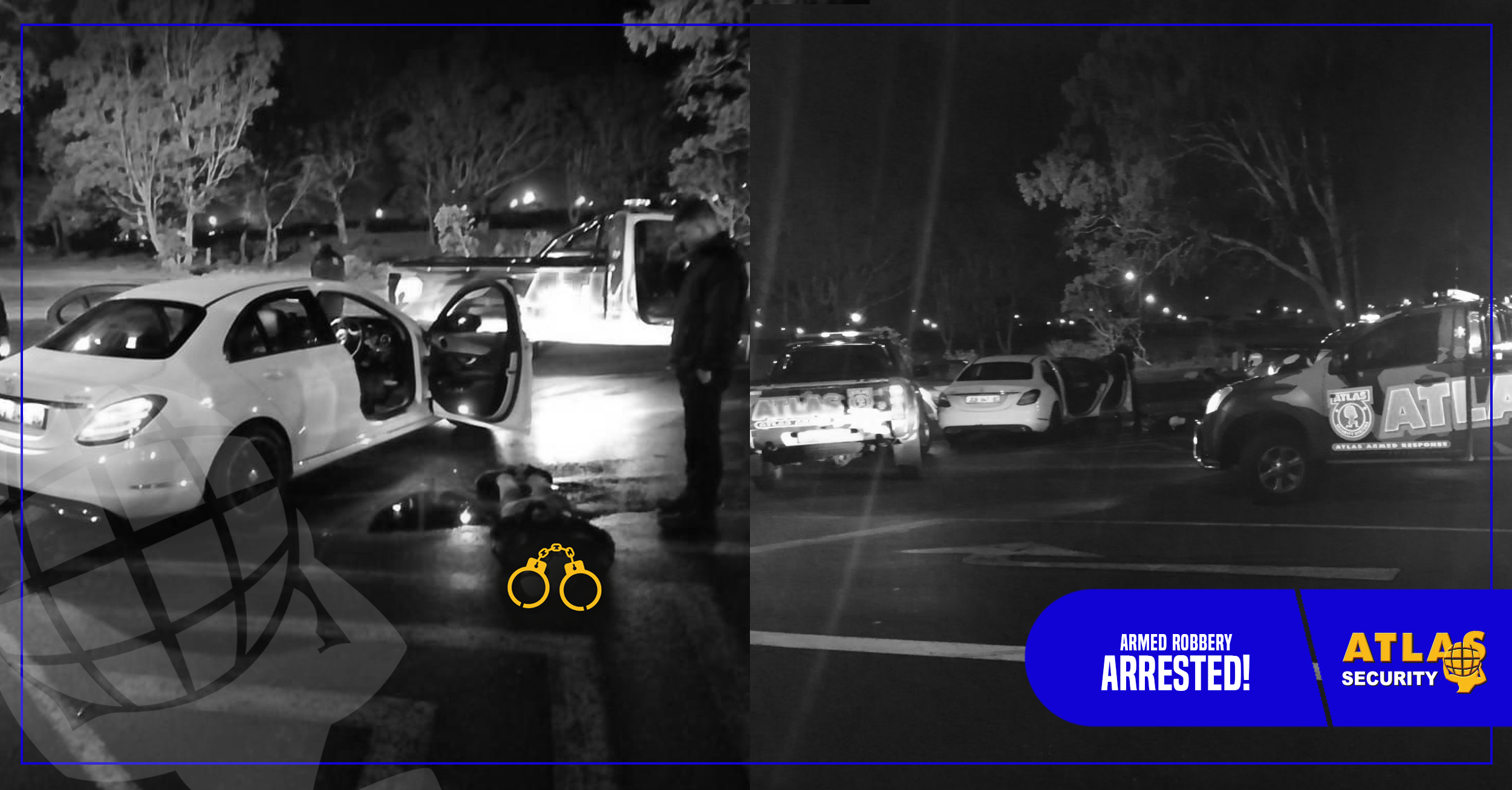 Armed Robbers held up staff at a service station in William Moffet late last night. Two men forced their way into the business premises at 22:00, the suspects held up the staff and robbed the store of an undisclosed amount of cash. The two suspects then hijacked a customer’s vehicle fleeing the scene.

A description of the vehicle was distributed to all vehicles in the area and a vehicle matching the description was spotted travelling towards Victoria Drive and 10th Avenue, Atlas Security Armed Response Officers, B16, B31 and B126 used their vehicles to block the stolen vehicle from getting away. In an attempt to evade arrest, the suspects jumped out of the vehicle and started running, a chase ensued on foot, Atlas Security Armed Response Officer B16 caught one suspect and B31 and B126 caught the second suspect.

The two suspects were arrested. The stolen Mercedes-Benz and cash were retrieved and the suspects were handed over to the SAPS for further investigation and profiling.

Well trained, fast thinking Armed Response Officers, coupled with the largest fleet of Armed Response vehicles on the ground is testament to the success and arrest following the armed robbery.