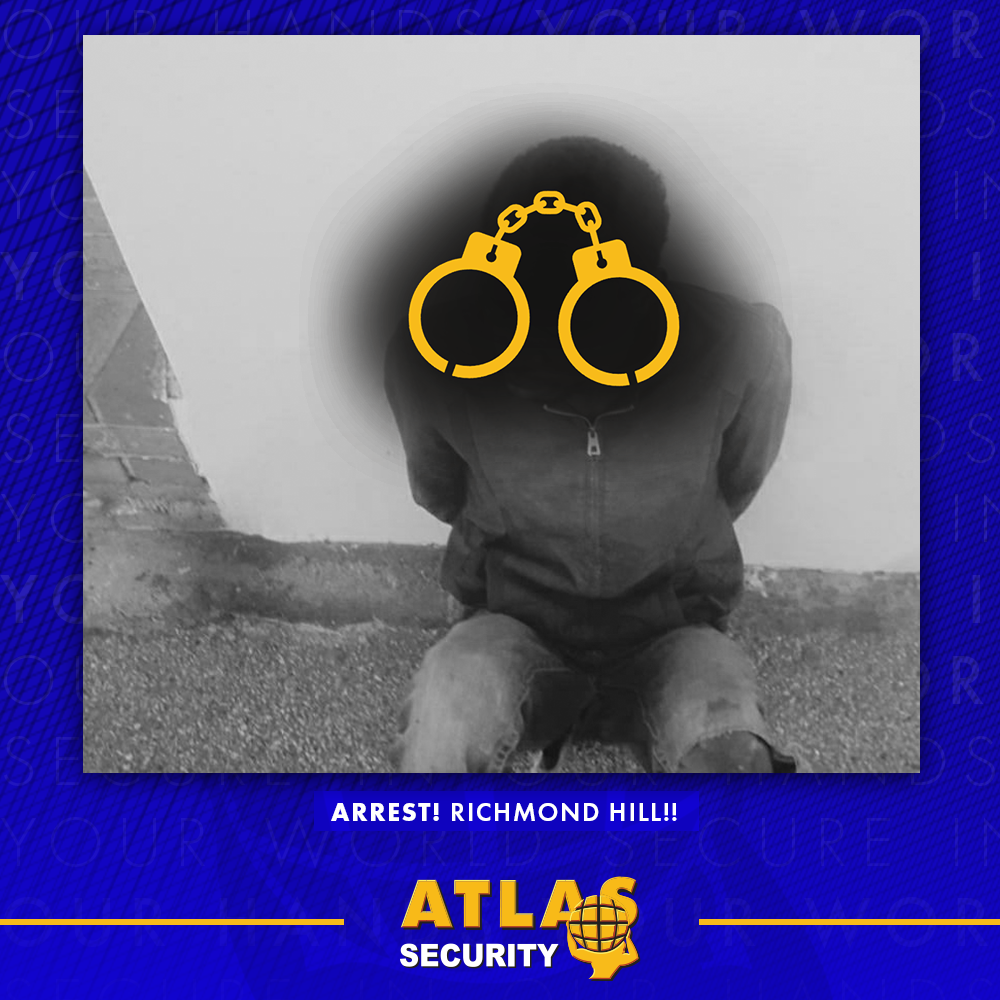 Several Arrests Sends Message That Trespassers Will be Prosecuted

Our control room received multiple activations at a home in Richmond Hill, two Atlas Security Armed Response Officers responded to the scene where a trespasser was seen at the back of the property. The suspect then ran and attempted to jump over a wall to evade arrest, both Atlas Security Armed Response Officers, using their tactical training, managed to detained the suspect and make the arrest. Due to fast response and an alarm in a good working condition, no forced entry into the building and no loss. Atlas Security responded to a total of 41 incidents between Friday and Monday, this included 10 break-ins and 5 attempted break-ins.

Our CCTV control room monitor a number of commercial properties, during the weekend 3 arrests were made after our CCTV Operators noticed an unknown male next to the fence of a business property. Atlas Security Armed Response Officers, B20 and B8 immediately responded, constantly gathering information from the control room, it was noted that the suspect had gained access to the property by jumping over the fence. In a well-coordinated and planned tactic, both officers worked together by blocking off both the front and back of the property. The suspect was found and arrested. The same property had another suspect who was spotted on the high-end analytical camera, our team responded and arrested the suspect.

Atlas Security would like to advise residents to alert their security company and the police in cases where intruders are suspected to be on the property. A suspect could be carrying a concealed weapon and there could be more than one armed and dangerous intruder hiding outside. If you spot a suspect in your garden, press your panic alarm and call the police. Always make sure that your garden beams are activated when you are home in the evenings so that you will be alerted if an intruder gains entry onto the property.

If you have any questions regarding how you can improve your home security call us on 0861 585 585 or email info@atlas24.co.za