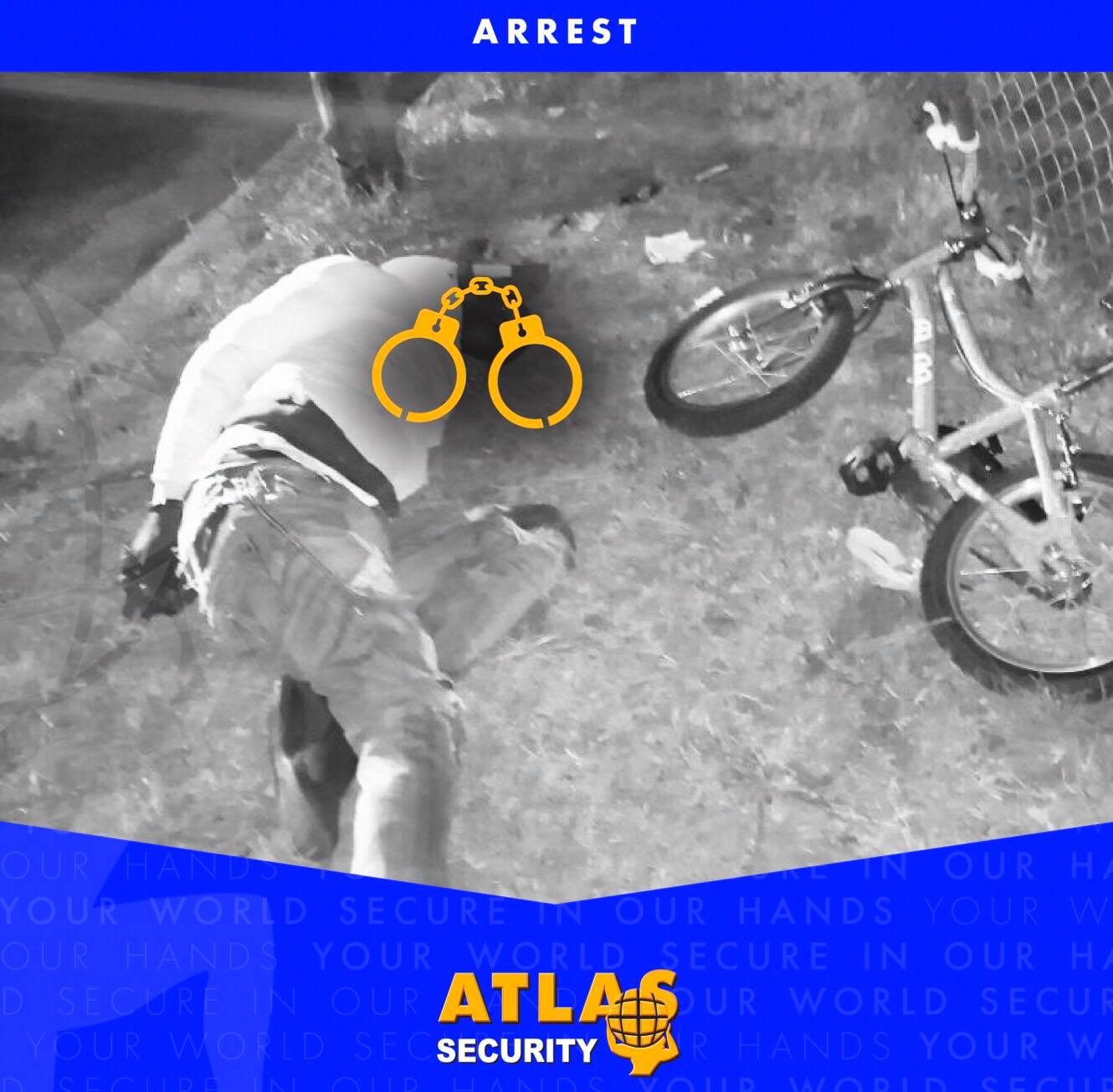 A criminal decided that Freedom Day was the perfect day to surrender his freedom. A Whatsapp group for residents in Fordyce Road was the host to a distress call, informing the Atlas Security Control Room that there were two suspects that had allegedly jumped into a yard and stole a kids bicycle.

This successful arrest all started with our control room receiving the signal as early as possible. We encourage our clients to alert us as soon as possible should you become the victim of crime, with the largest Armed Response fleet in the area, we have the best chance of apprehending those that think that they can take what we work so hard to have