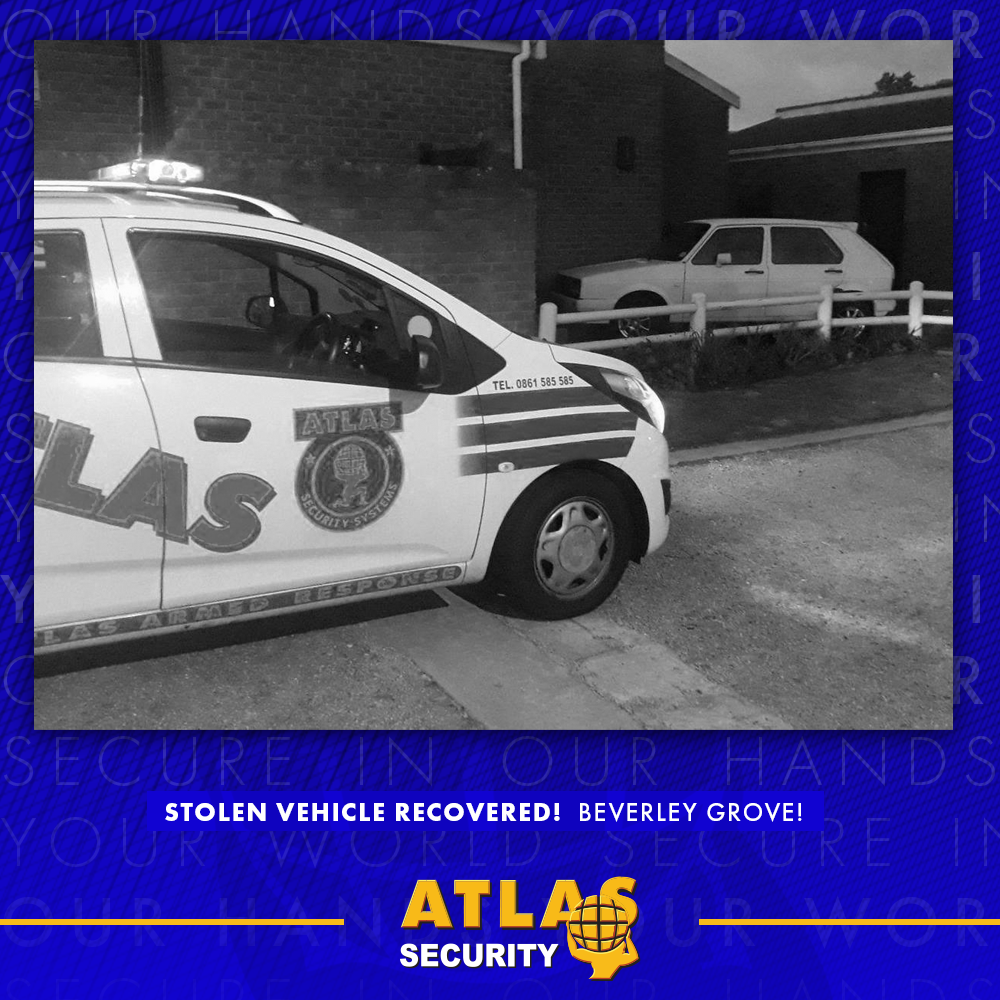 Early on Sunday evening, while on his DPS Patrol (Dedicated Patrol Service), Atlas Security Armed Response Officer noted a suspicious looking vehicle parked in a driveway in Beverley Grove. The vehicle had no registration details on it. Officer B63 alerted our control room using a photo of the vehicle who then confirmed that they had received information that the vehicle was stolen. Armed Response Officer immediately conducted a check on the vehicle which reflected as a wanted vehicle on the SAPS database.

Atlas Security Operations Manager, Monty Montgomery commended the Armed Response Officer for his vigilance and swift response to the scene. Our DPS vehicle in our DPS areas is a proactive service with faster response times back with state of the art CCTV Infrastructure. “We are committed to fighting crime proactively in the neighbourhood, working closely together with the community and the SAPS, and this latest arrest shows that our strategy is continuing to produce positive results.”