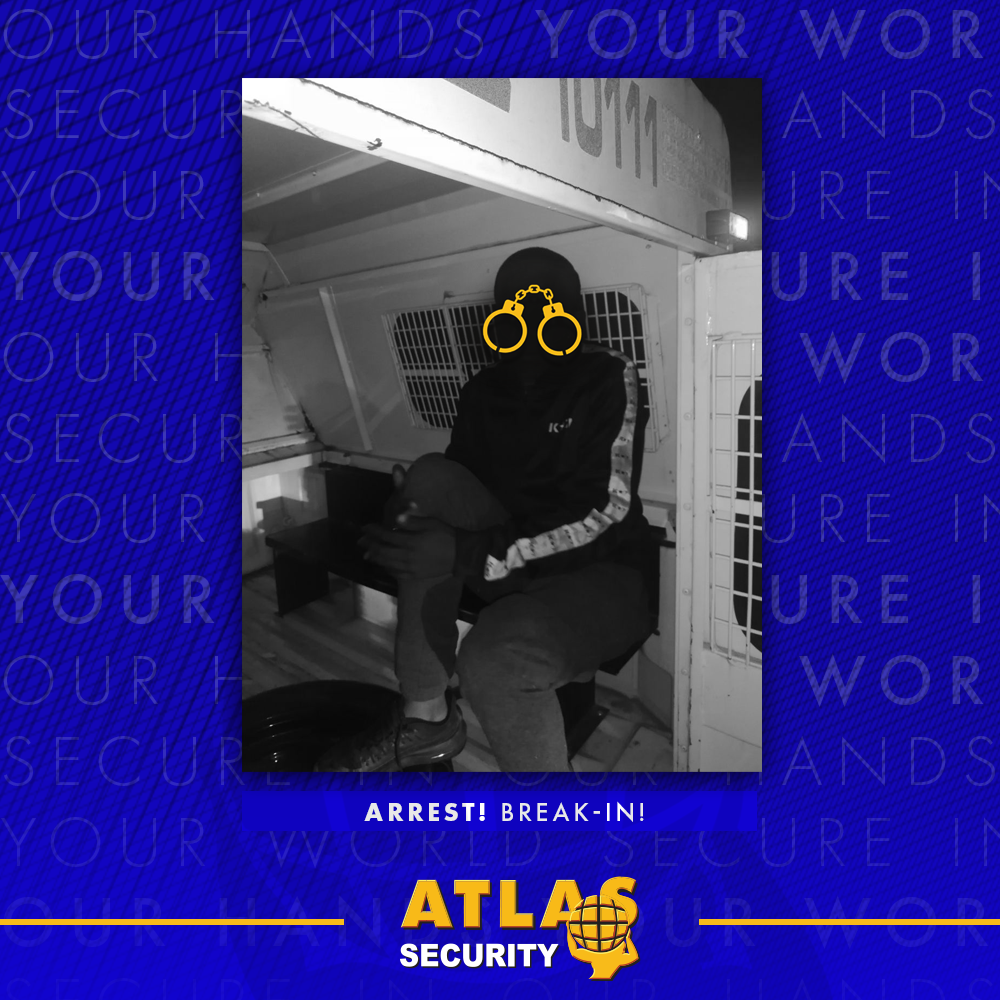 On Friday, Atlas Security were alerted that a foreigner visiting the city from Holland was attacked by two suspects, Atlas Security Armed Response Officers who had happened to be close to the scene of the crime reported to our control room that a foreigner was sitting in his vehicle when two men approached him, robbed the victim and attempted to hijack the vehicle. As the team and SAPS approached the scene both suspects fled on foot on Cape Road. Our Senior Armed Response Officer called for back-up and chased after the suspects, one suspect was caught and arrested. The second suspect is still at large and made off with an undisclosed amount of money and a personal camera. The suspect was handed over to the SAPS where a case of assault, attempted hijacking and robbery were been opened.

While the weekend started off with a successful arrest, it appeared the criminals had planned their weekend well. In Despatch, a senior lady was held up in her home with the intruder demanding money, he emptied out the contents of her purse and made off. In another incident in the recent spate of violent crimes a house robbery was reported to Atlas Security during the weekend, suspects had gained entry into a Beverley Grove home by attempting to break down the boundary complex wall, they then attacked the home owner and stole his brand new vehicle. The victim is currently in hospital recovering from surgery as a result of the wounds he sustained during the attack.

Two business armed robberies were reported, in the first, 5 suspects held up staff at gun point and made off with cell phones and laptops in New Brighton, in the second armed robbery, staff were left traumatised after a fast food outlet in Lorraine was robbed by 3 men who fled on foot with an undisclosed amount of money.

Atlas Security made several arrests this weekend, in Newton Park Armed Response Officers B16 and B160 assisted a client after he was assaulted by a trespasser who fled the property, our officers caught the suspect and he was handed over to the SAPS. In Central an arrest was made by Atlas Security following an alarm activation, upon arrival a suspect was spotted and arrested. He had attempted to gain access to the property by using a bolt cutter to cut the lock mechanism on the door.

Break-ins were reported in:

Attempted break-ins and theft were reported in:

Atlas Security’s Operations Manager, Monty Montgomery advised business and home owners to alert their staff and to be vigilant considering the recent spike in serious and violent crimes. “We urge home owners to remind their domestic workers to be extremely careful in the home during the day. Ensure doors are locked at all times and that they carry a panic button with them while they are going about their work. It’s also important to regularly remind employees to be security conscious when locking up and opening business premises.”