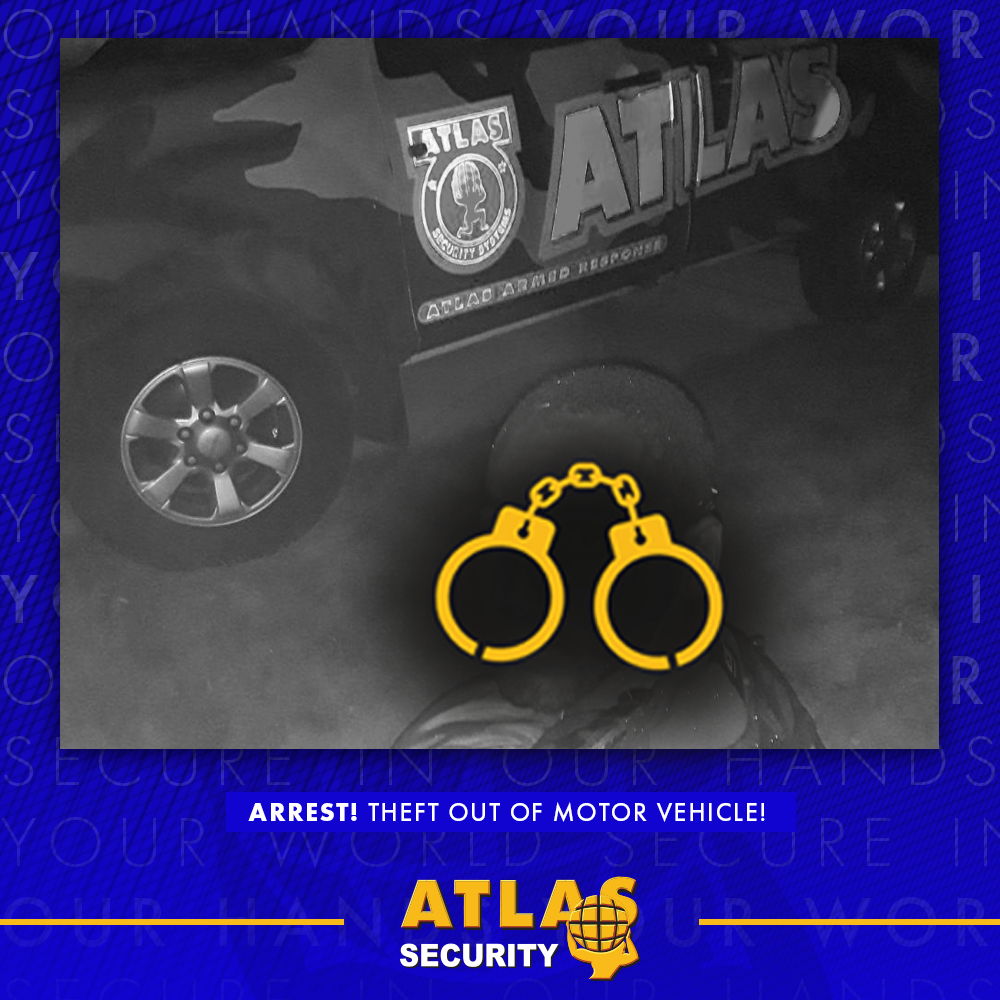 Strong Interception By Atlas Security Leads To Arrest Of Thief

The Atlas Security Control Room received a phone call indicating that a car had been broken into at Hobie Beach.

Armed Response was despatched, and upon arrival gathered all as much information as possible, the search for the two suspects then began. With units S1, S2, C1 and C2 all hunting like a pack of wolves, failure was never going to be an option for the team.

The suspects were successfully tracked and the pursuit ended with a suspect being arrested on the corner of Driftsands and Humewood Drive, he was then handed over to the SAPS.

2020 provides another success for the largest Armed Response unit in Nelson Mandela Bay, with credit also going to the community member that made the call to our Control Room, which allowed us to activate the team.