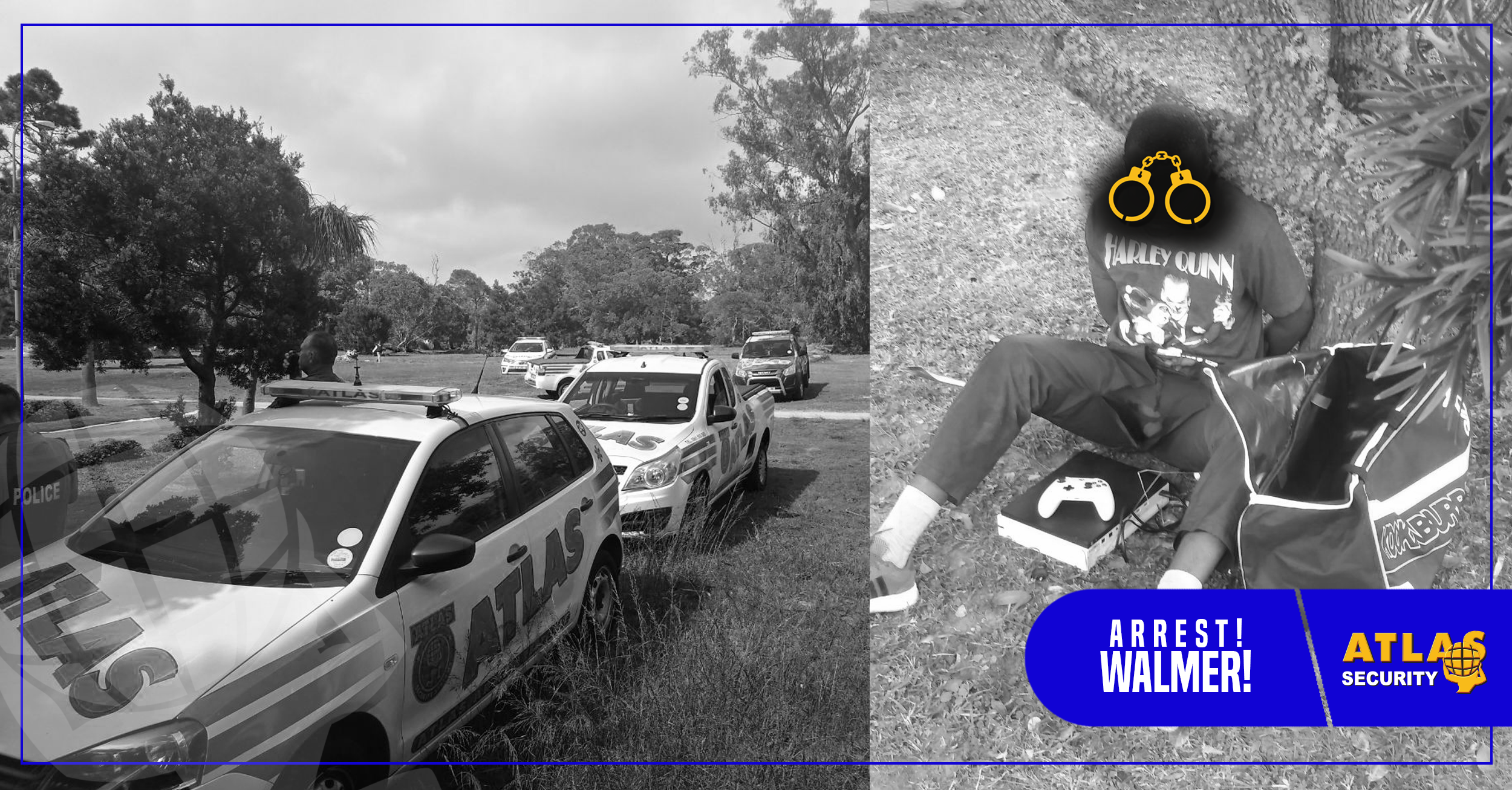 Success in Walmer As Suspect Arrested Minutes After Break-in!

Atlas Security responded to an alarm activation at a home in Villiers Road. Operations Manager, Monty Montgomery says two suspects had entered the home via the lounge window, they then proceeded upstairs where they ripped the panel of the alarm. Our Armed Response team arrived and noticed two suspects jumping a wall, both Armed Response Offices, B116 and B103 gave chase, a nearby resident assisted and one suspect was caught close to the Walmer Golf Course.

This particular area in Walmer has been subjected to multiple break-ins and suspicious activity. We’re pleased to report that fast response, teamwork backed with skilled and trained controllers in our control room is the reason for the successful arrest. All stolen goods, including a plasma TV was recovered, the suspect was handed over to the SAPS for further investigation and profiling.

A special note needs to be made that the Atlas Security Armed Response Officer, B103 who made the arrest did so on the FIRST day on the job!

What makes Atlas Security different….? This!