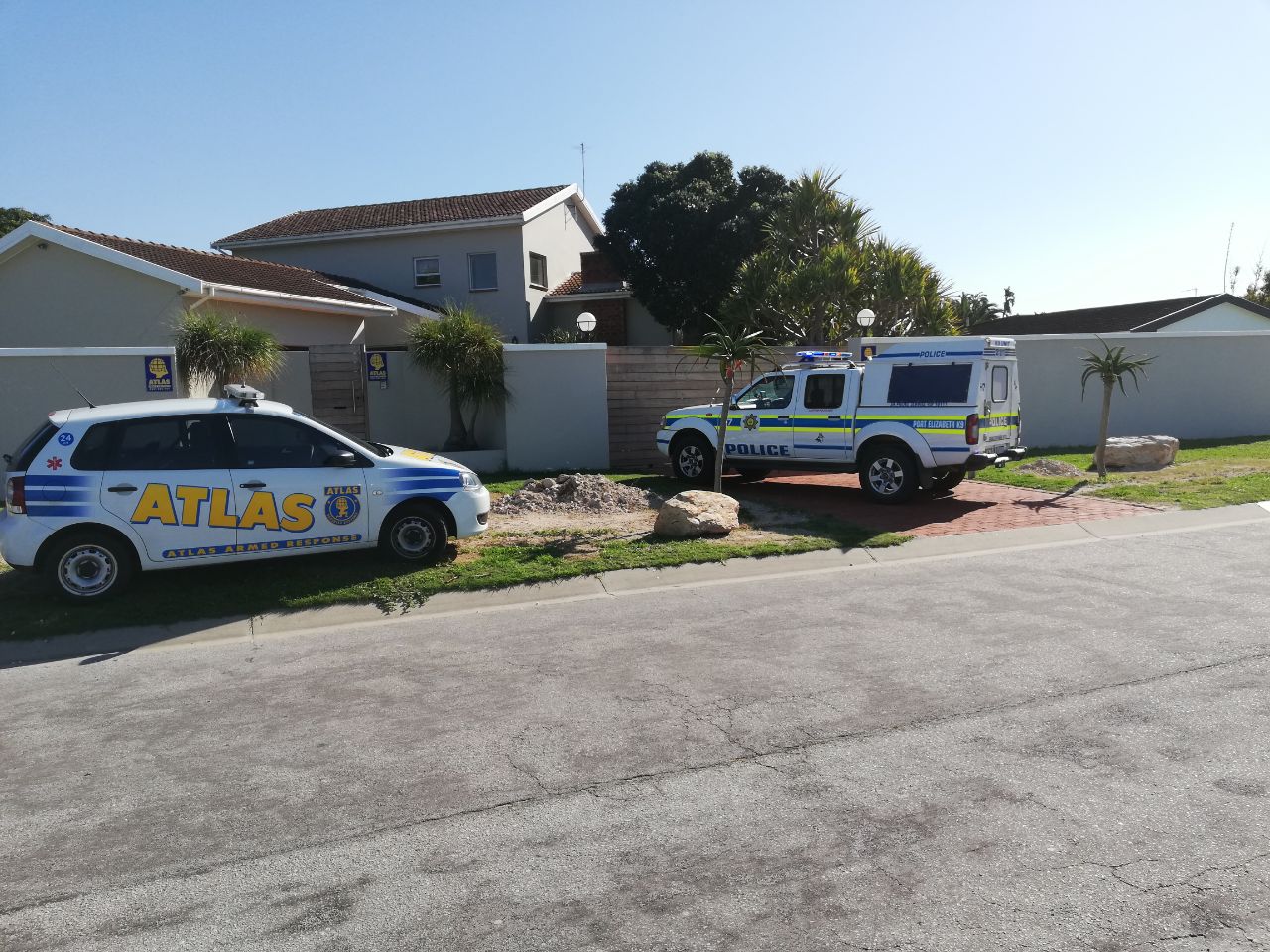 A Summerstrand resident sustained an injury following a hit to her face after an intruder confronted her in her home at around 1pm on Tuesday. “The resident was hanging up washing when she returned back into her home and noticed an intruder standing in the room. She described him as wearing dark clothing and dark gloves” says Monty Montgomery, Atlas Security’s Operations Manager.

The intruder approached the resident, during this time the resident threw a pot plant at the intruder, but he continued to approach her and a physical altercation started, it was during the altercation that the intruder punched the woman in the face. She managed to free herself from the suspect’s grip and used a glass vase to protect herself by hitting him with it. He grabbed her cellphone but dropped it as he fled the home.

In her own words, this is what the victim said: “I had an intruder in my house today, he smashed my phone, grabbed me, tore my clothes and then I realised I was in trouble. I fought back with all I had in me, he punched me in the face and I fell backward towards my small coffee table that had a glass vase with a candle in it and I grabbed it and smashed it against his head, I made a run for it, pushed panic button and ran to my neighbour who I knew was home.”

During the past 24 hours, Atlas Security has responded to 7 break-ins and 1 house robbery.

Atlas Security responded to a total of 7 break-ins over the past 24 hours in:

Theft incidents were reported in:

Our team has been monitoring crime trends during the past few days and there seems to be a growing trend of theft from homes and break-ins in areas where there is no protection or clients have not armed their alarms. Even if you are in your yard, doing housework, we’d recommend always carrying a remote panic with you.