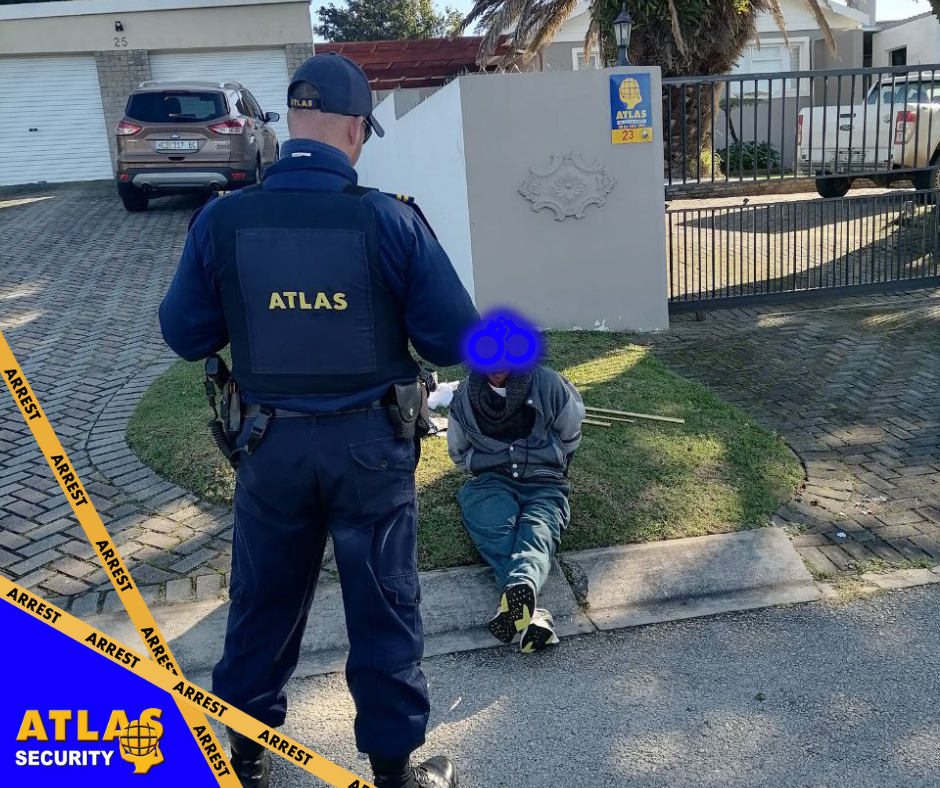 By Kyran Van Rooyen
comments off
341
0

A suspect was being chased down Gazania Avenue by a resident in Sunridge Park yesterday morning. It had been reported on social media that a person had been seen stealing lighting equipment off a wall in the area.

The resident chased the suspect straight into a nearby Atlas Security Armed Response Vehicle on patrol. After being flagged down, B98 apprehended the suspect and the resident was able to retrieve the stolen lighting equipment.

The SAPS arrested arrived on the scene, the suspect was arrested for theft of property and a case was opened.