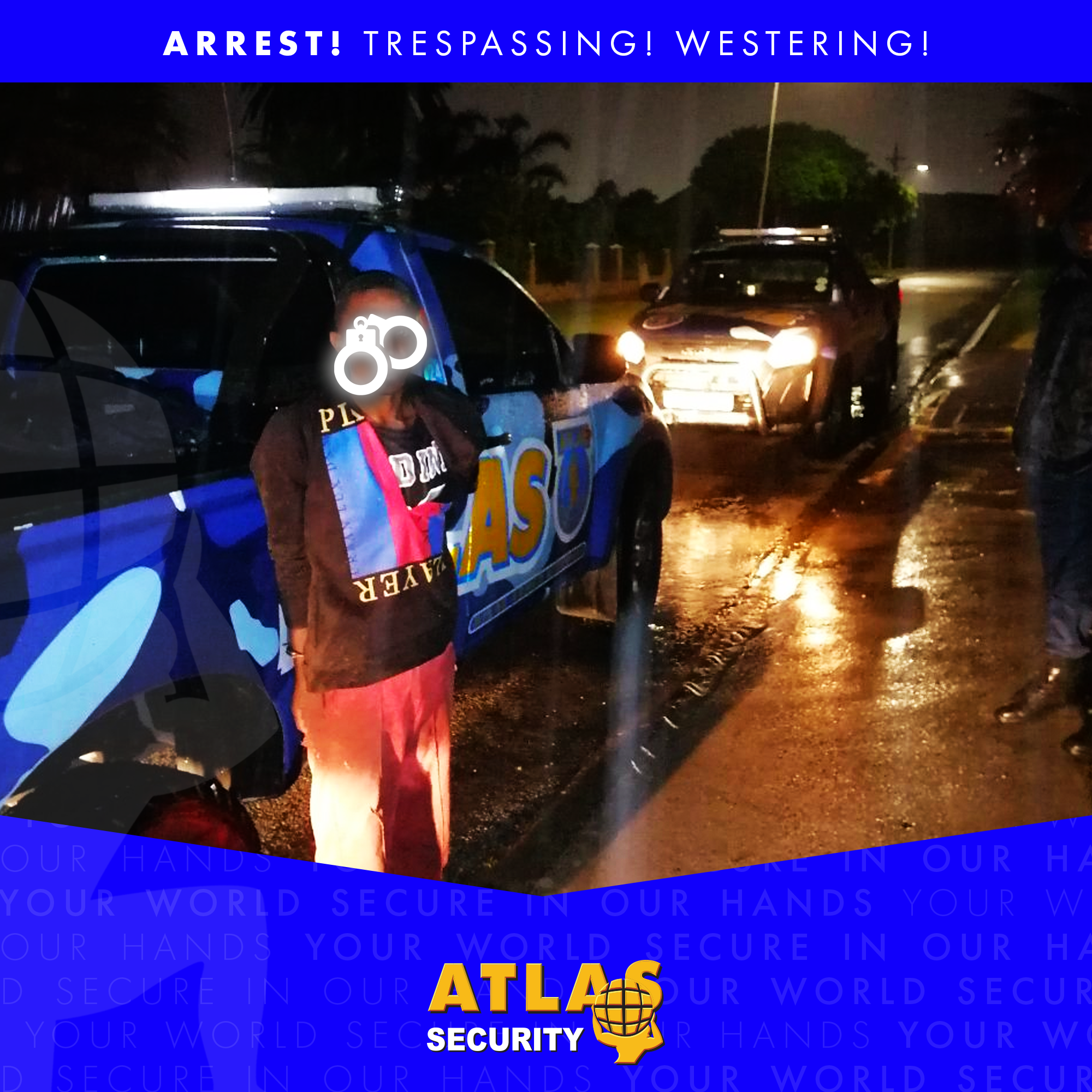 A success for the Atlas Security team is a win for the community that we serve, and this is no different for the people of Westering as a suspect was apprehended on Sunday morning.

Our Control Room received a positive signal from a resident in Brandt Street and immediately despatched Armed Response. The client was then contacted, and it was confirmed that there was a suspect on the premises, he was assured that Armed Response Officers were already en route.

With a lightning fast arrival time of less than 3 minutes, Response Officer B74 was able to apprehend the suspect and gift him with a set of Atlas Security handcuffs.

This is a taste of the power of the Atlas Security Operations Team as we get close to the holiday season. Our team on the ground and in the control room are stronger than ever before and ready to protect you and your family through whatever the festive season will bring.