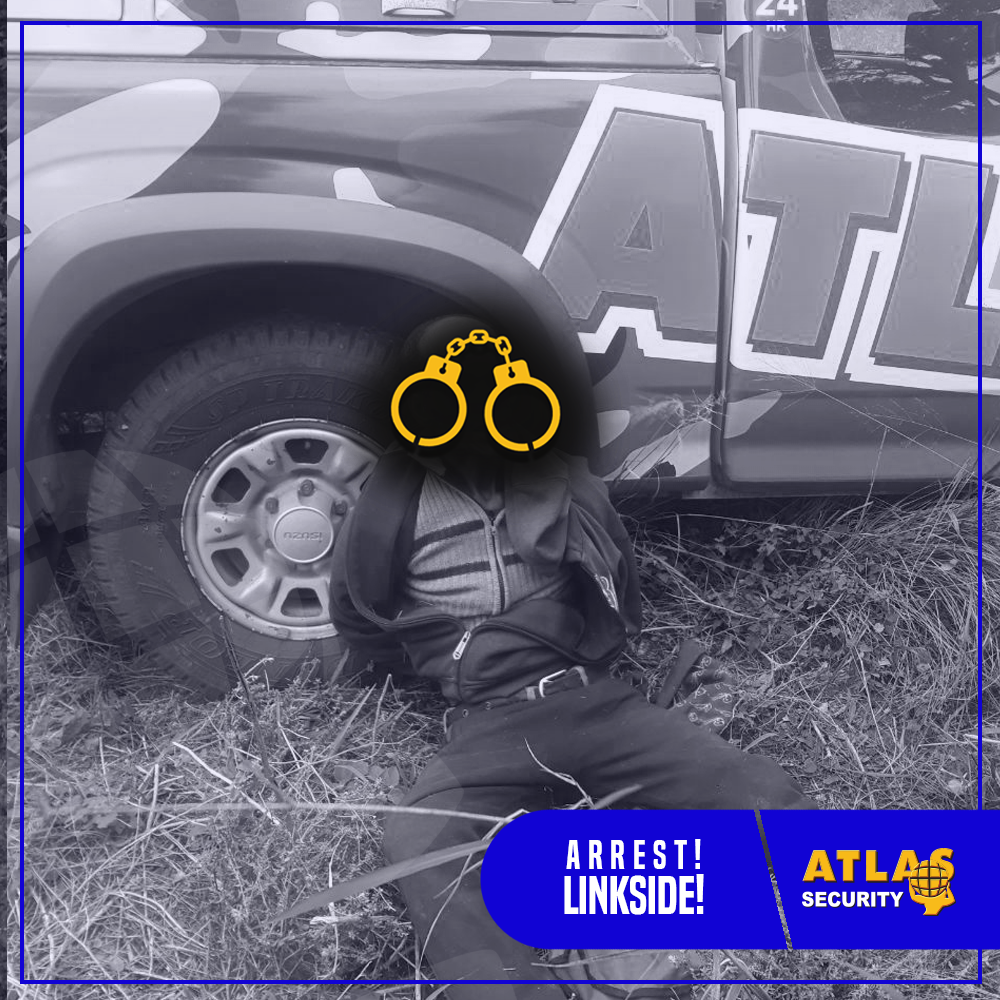 Atlas Security’s DPS (Dedicated Patrol Service) Armed Response Officer was flagged down while on patrol in Linkside. The community had informed him that a learner was just robbed of his belongings.

A patrol of the area was done by all available vehicles and a suspicious male was spotted, Atlas Security Armed Response Officer, B137 moved in swiftly and a search of the man found him to be in possession of the stolen cellphone, he was then arrested. The suspect and the stolen cellphone were positively identified by the learner who had informed our team that an amount of cash had also been taken by the suspect. Following the arrival of the SAPS, a full search of the suspect was done, the exact amount that was stolen from the learner was found. The suspect was handed over to the SAPS K-9 Unit

Atlas Security’s Community Development Manager, Bernadette Nel-Naude says “We are thrilled that the suspect was caught, this on the eve of Child Protection week, a campaign that is aimed to mobilise all sectors of society to ensure that children are cared for and protected. The attack on learners will not be tolerated by Atlas Security, we have a duty to protect children and create a safe and secure environment for them. Our continuous work with parents and schools, through our regular safety talks equips learners with information on protecting themselves from all forms of violence”