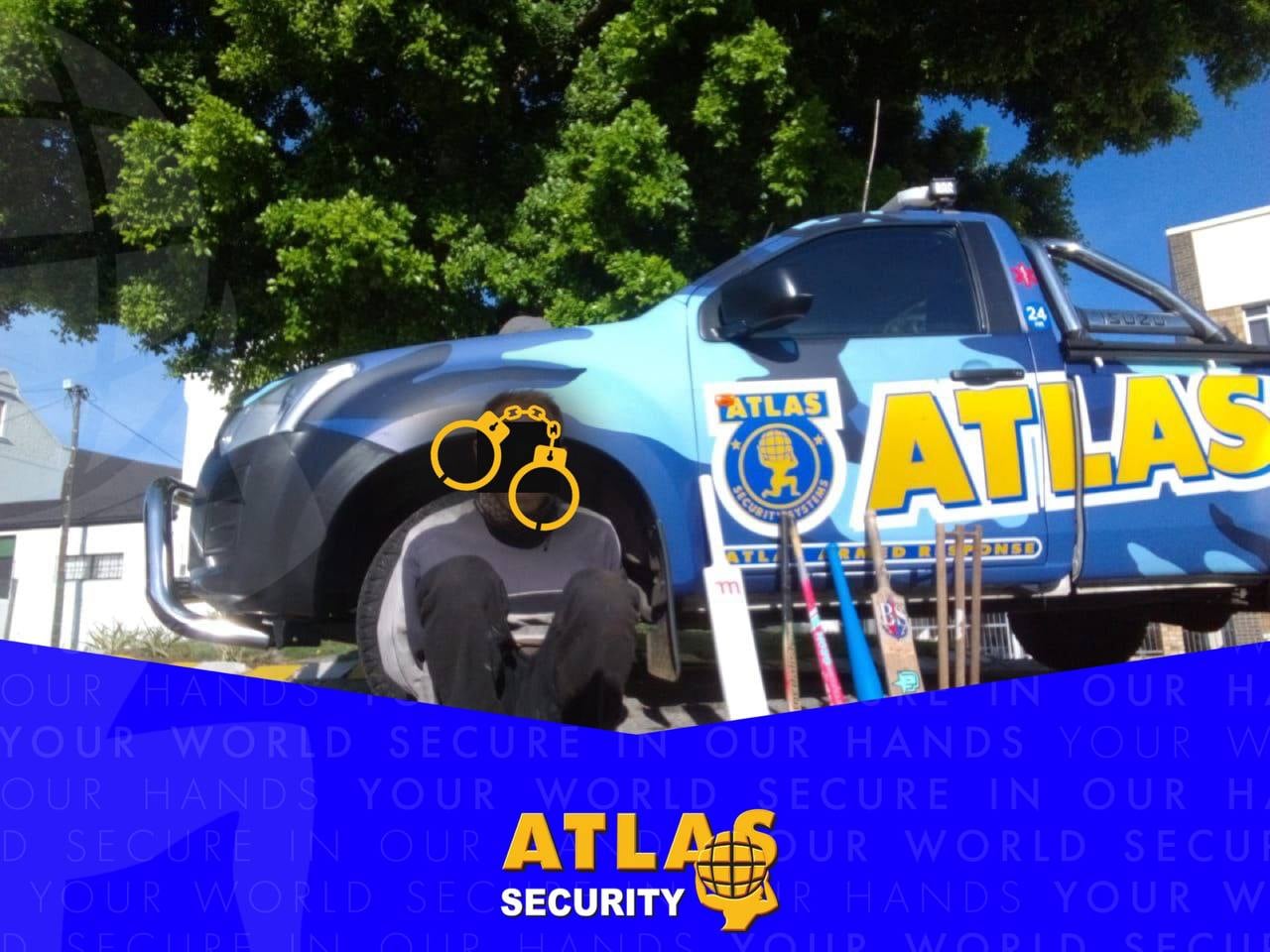 Suspect Arrested in St Georges After Breaking into a School

The Atlas Security Control Room received an activation signal from a school in St Georges Park on Saturday morning, with Armed Response then arriving within minutes.

It was discovered that there was a positive burglary on site, as the suspects had broken the locks to gain entry and steal multiple items. The client had a description of the suspect and Atlas Security Armed Response Officer, B67, quickly tracked the suspect down. The suspect was apprehended with the stolen items, accompanied by an admission of guilt. He was handed over to the SAPS and a case was opened.

Appreciation goes to the client for taking the moment to open a case docket so that the full might of the law can come down on this criminal. Too often are cases not opened, which forces the SAPS to release a suspect that was caught red-handed. It is a tough moment when Armed Response and SAPS have to release the handcuffs from the criminal because of a case not being opened, as no open case means the crime technically never occurred.