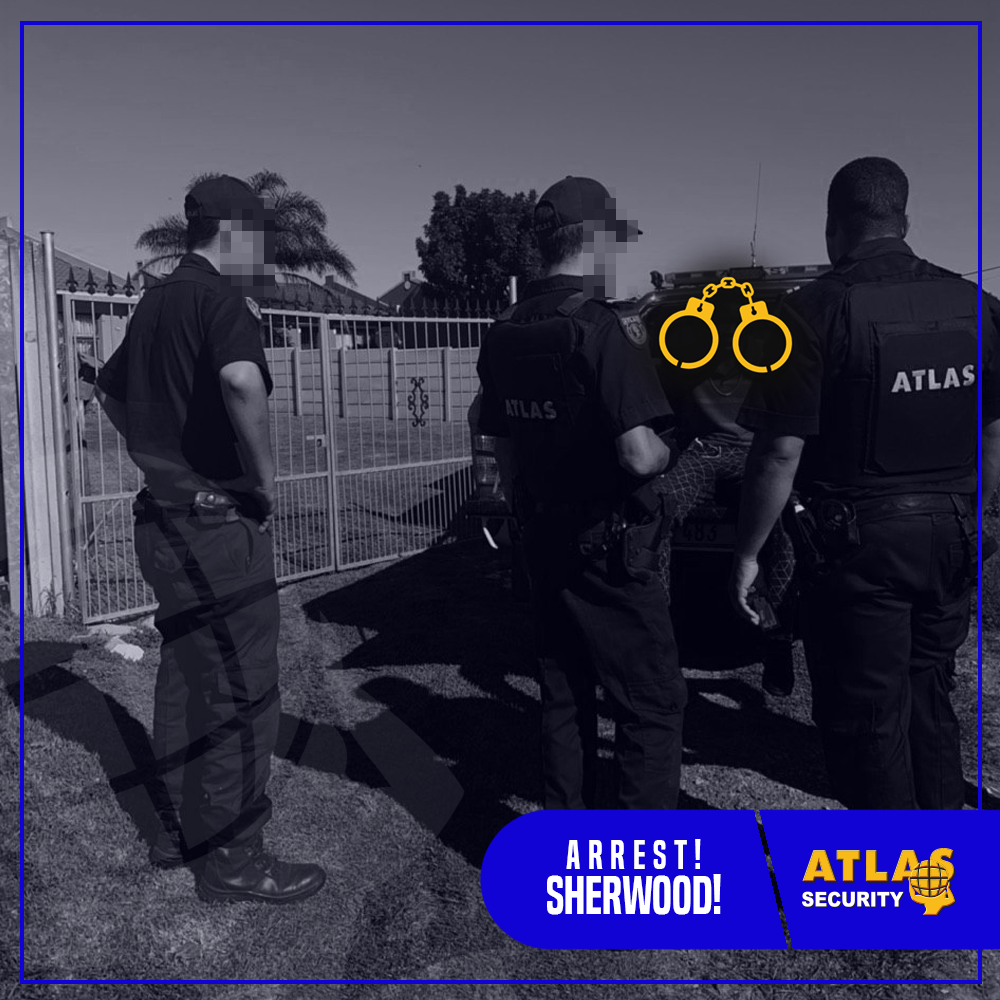 Atlas Security’s Control Room received a burglary signal from a clients home in Sherwood. Armed Response Officer B25 was dispatched and arrived at the house, he did however notice that there was a suspect in the house and called for back up, Atlas Security Armed Response Officer B111 arrived and proceeded to enter the home. The suspect was caught and arrested. He has been handed over to the SAPS for profiling and further investigation.

The alarm keypad was ripped and the siren was cut, our only guess is that he probably thought this would do the trick and we wouldn’t be alerted!

A strong start to the week!
What makes Atlas Security different…? This! Plus being the only private security company in Nelson Mandela Bay with the MOST arrests this month!