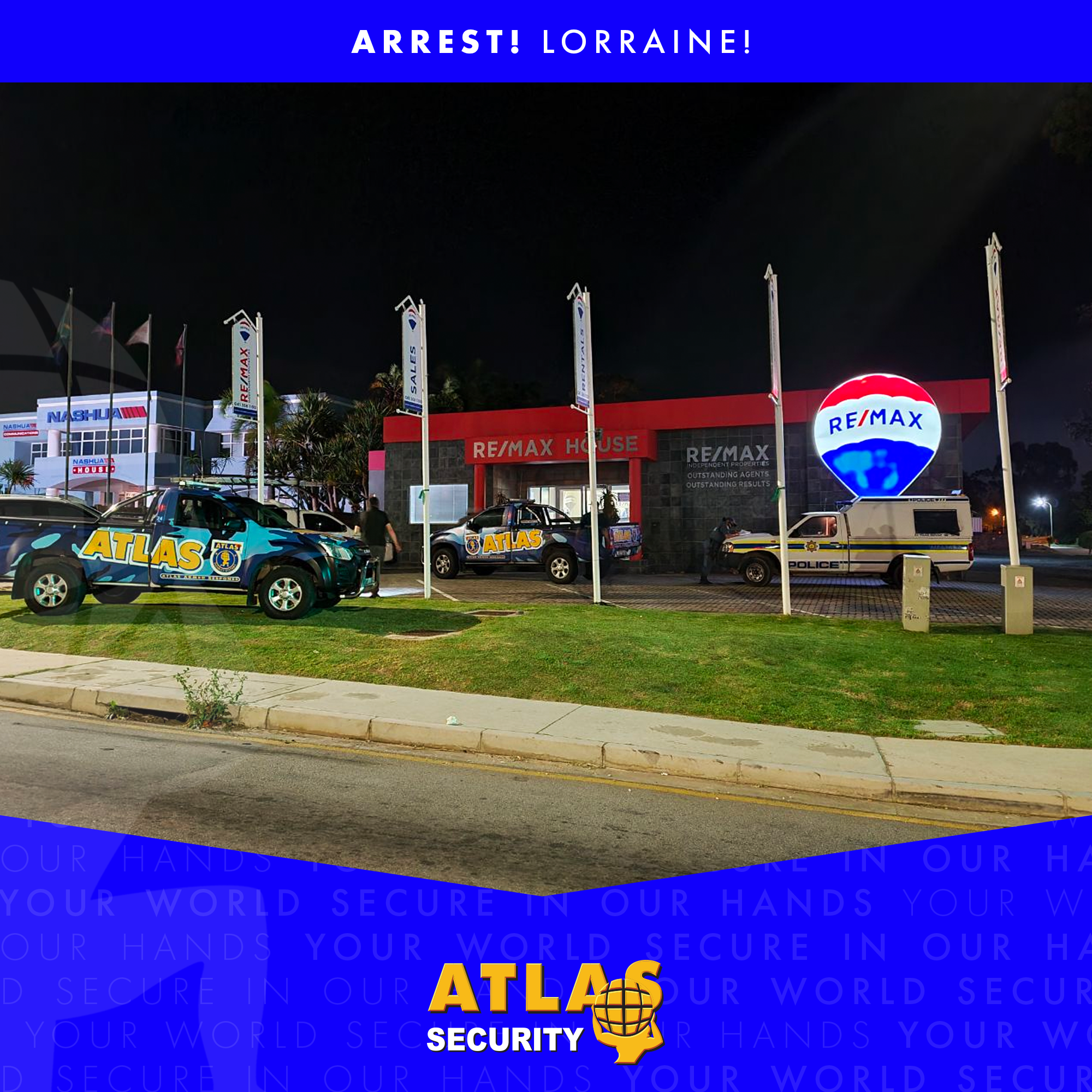 By Wayne Hart
comments off
72
0

The Atlas Security Control Room received an activation signal from a business in Centenary Road, Lorraine. Armed Response was immediately dispatched and upon arrival noticed that the glass of the front door had been smashed.

B122 apprehended the first suspect outside the premises, who had cuts on his hand from smashing the glass with a brick. Armed Response found that the suspects had attempted to steal computers, which were wrapped in blankets.

Additional Atlas Security units arrived as back-up and a search of the area was conducted for the second suspect. It didn’t take long for our Response Officers to find him in a neighbouring property.

The suspects were handed over to the SAPS and the stolen items returned to the client. Our Armed Response Team is stronger than ever before as they keep achieving great success in the war on crime.

They can only achieve this success if you, like the client in this article, arm your alarm. There are too many clients not arming their alarms when going out. The signal from your alarm system is the first line of defence for your property. No alarm = No Response. Play your part so that we can effectively play ours.