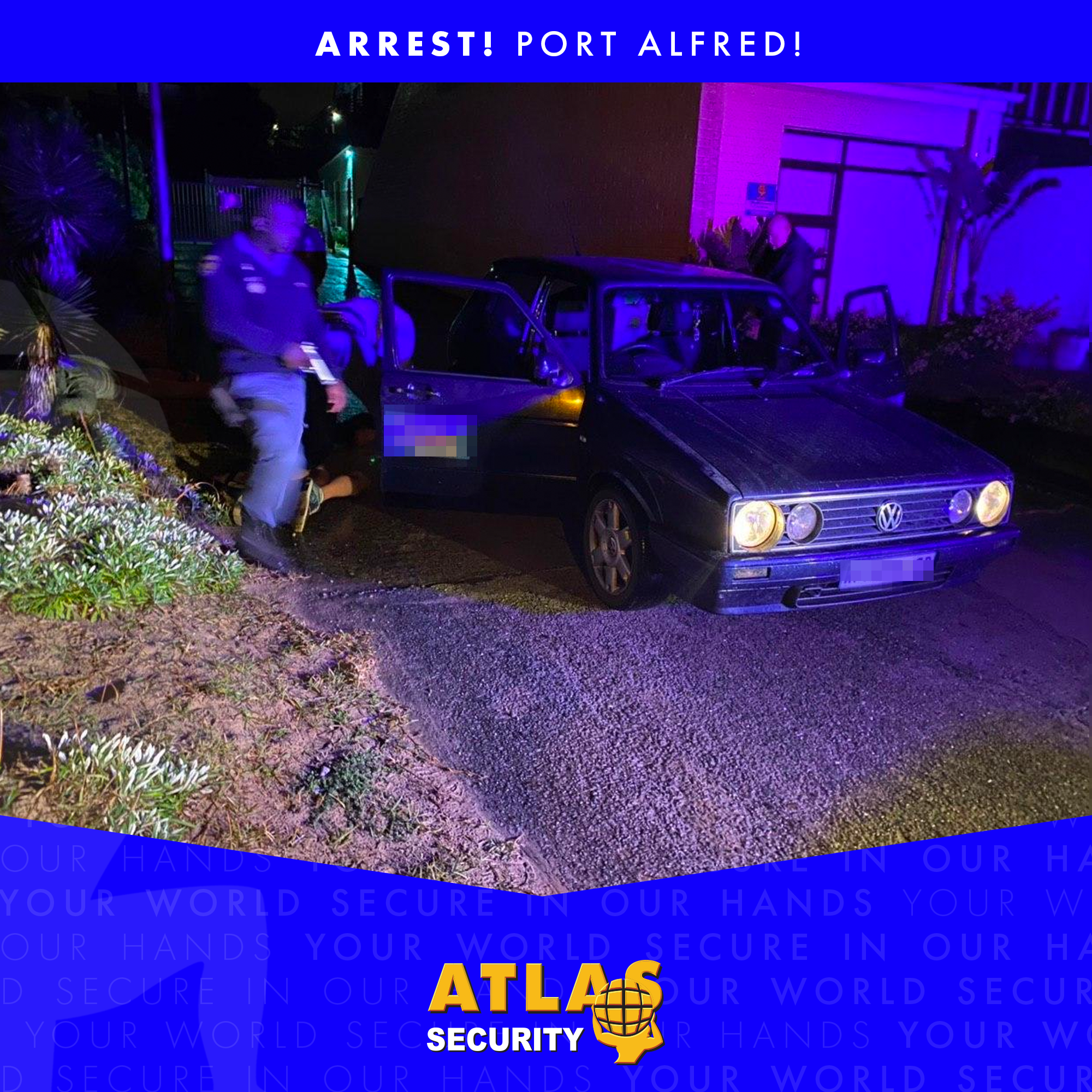 The Atlas Security Team received information of a residential burglary on Wednesday night in Port Alfred. Armed Response, the SAPS as well as Panther Farm Security were dispatched and positioned themselves strategically around the premises as the suspects followed through with their operation.

The team lay in the darkness as the suspects loaded their vehicle with items from the premises, the perfect time to strike was going to be when the job was almost complete and all the suspects were in one place and in plain sight. The last of the loot was loaded into the getaway vehicle and they thought that they were free and clear, but the team ambushed them and rewarded them each with a set of Atlas Security handcuffs.

The suspects were handed over to the SAPS and all the stolen items were recovered. An incredible joint effort from Security Companies and the SAPS, along with the use of surveillance technology, again leads to the success of removing regular house breakers from our community. There is no space for them in our streets and we will continue to fight for the safety of our families.