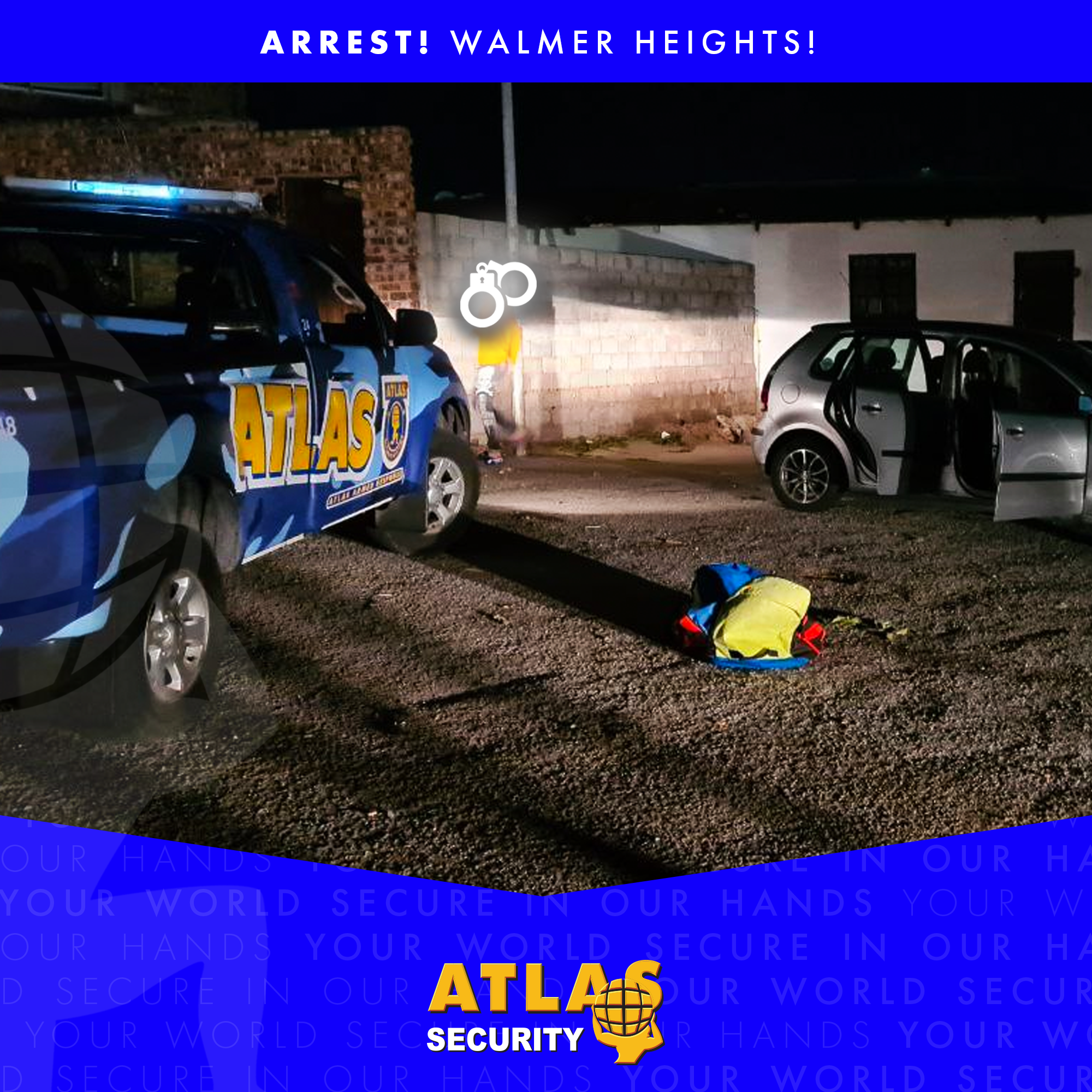 Suspects Arrested After Breaking into a Vehicle in Walmer Heights

While on patrol in Verdi Road on Thursday morning, B70 was stopped by a gentleman in the street, who informed him that four suspicious males disappeared into the bush. It was then discovered that there had been a theft out of motor vehicle at a non-Atlas client. Suspects had smashed the window and stolen a bag.

Information containing a silver vehicle was received from the gentleman and circulated to the rest of the team. A few hours later, a vehicle matching the description provided was spotted driving down William Moffatt. Armed Response followed the vehicle while the SAPS were contacted.

The suspect’s adventure came to an end in Lawley Road, when Atlas Security Armed Response Officer B14 and the SAPS pulled the suspects over. The vehicle was searched and the stolen bag recovered. All 4 suspects were arrested, it was reported that the suspects’ clothing and shoe prints are possible matches to recent incidents in Charlo.

This is a great victory for the team as vehicles have become the main target over the past few days. There have been multiple vehicles stolen this week, with even more being broken into. We urge residents to not leave any valuables in their vehicles and to arm their perimeter protection.