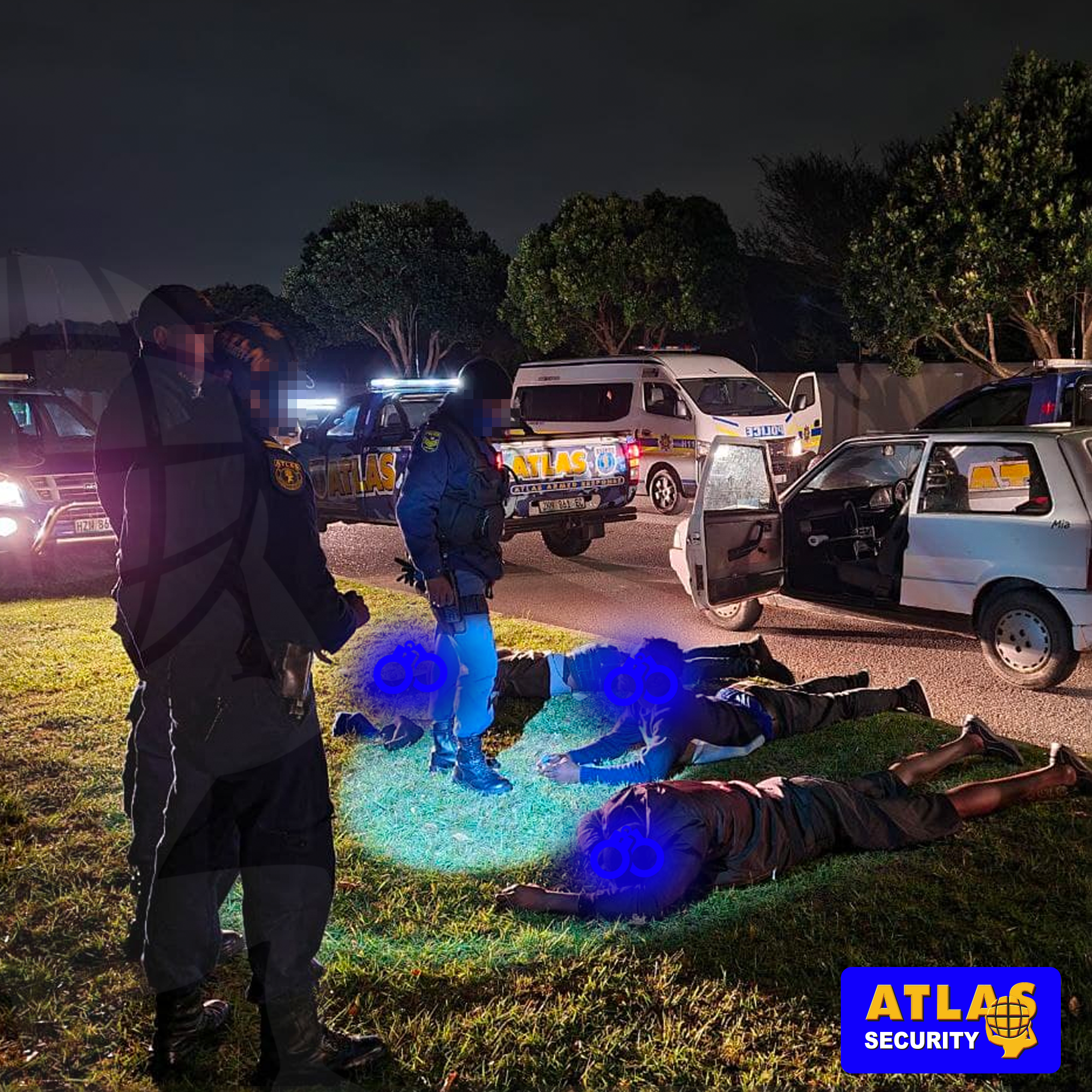 While on Patrol, Atlas Security Armed Response Officers B14 and B70 noticed a vehicle driving without lights on. Instead of jumping to pull the vehicle over, they decided to tail the vehicle to gather more information.

They stopped the vehicle and detained the suspects until the SAPS arrived to conduct a full search of the vehicle. They found multiple tools that are commonly used for housebreakings as well as for breaking into vehicles. At this point, multiple other security companies also arrived on scene. The Metro Police confiscated all the tools, and let the suspects go with a warning due to the fact that there was no official crime committed and no stolen items found in the vehicle.

We commend our officers for being patient from the initial sighting of the vehicle up until the take down. They were able to control the situation from start to finish, which sends a strong message to the suspects if they ever think of returning. You can bet your bottom dollar that we will have eyes on this vehicle if they ever enter our community again.