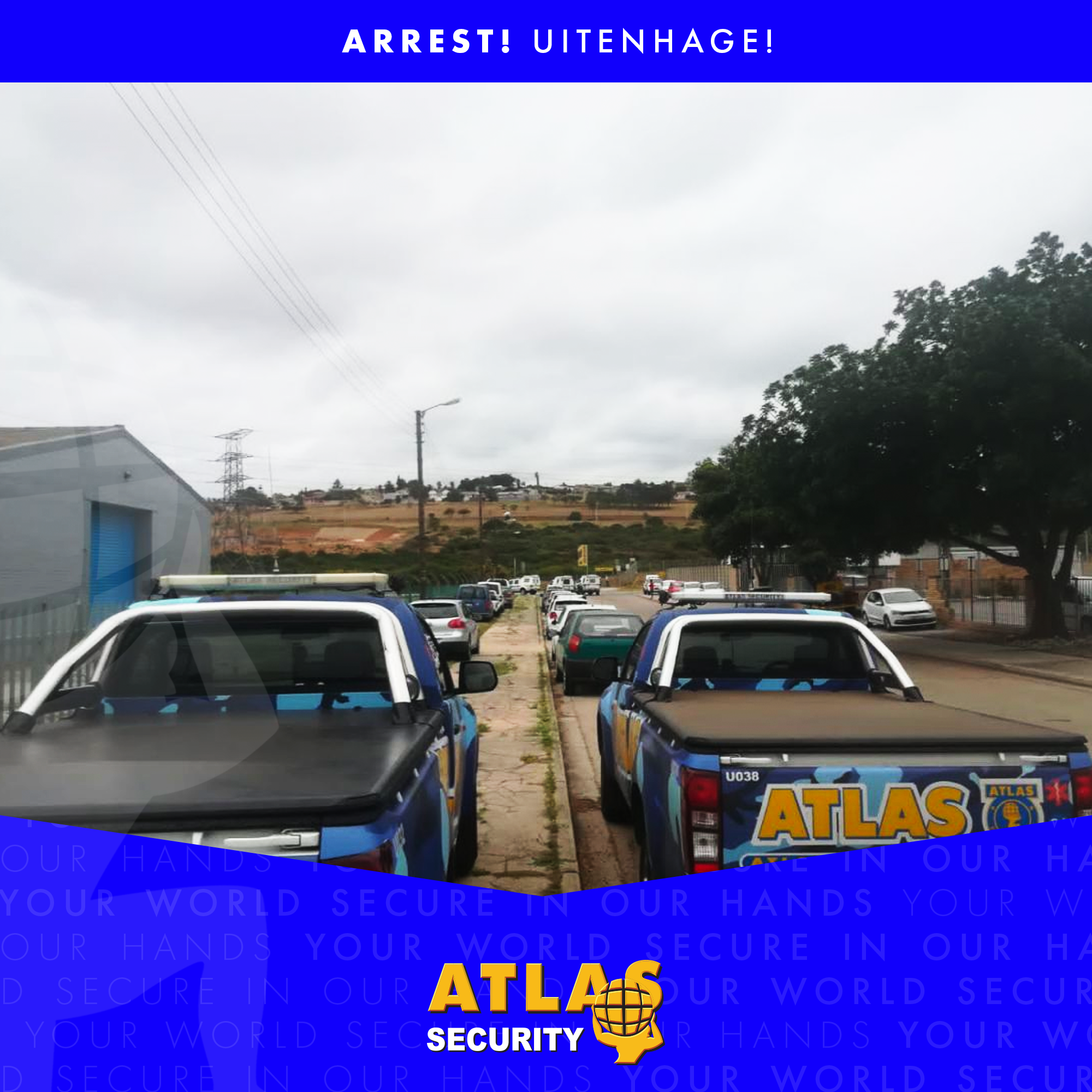 While patrolling in Uitenhage, Atlas Security Area Commander, B18, came across multiple SAPS units conducting a search. B18 stopped and it was discovered that a business in Durban Street experienced an armed robbery, and that there were 4 suspects in the vicinity, 2 of which were believed to be armed.

Additional Atlas Security units arrived to assist the SAPS with their search. It didn’t take long before the SAPS arrested 2 suspects in the bush near Charles Goodyear Avenue, followed by B18 and B19 apprehending a third suspect in Union Avenue. The SAPS also recovered the getaway vehicle as well as stolen goods.

We are proud to be able to work so closely with the SAPS and be able to assist them as much as they assist our team.