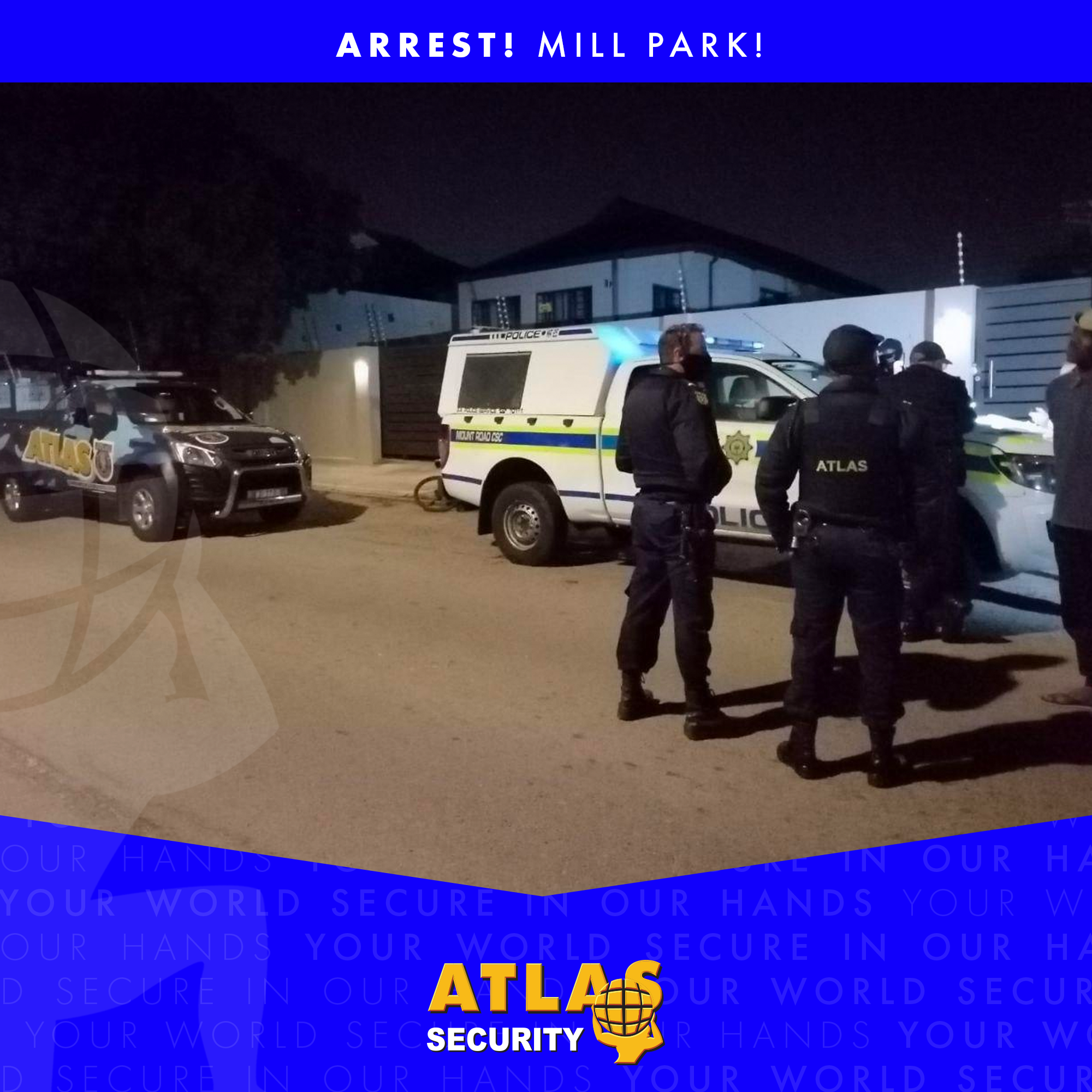 Suspects in Mill Park and Walmer apprehended for trespassing and theft during the early hours of Tuesday morning.

The Atlas Security Control Room received a guard’s panic signal from a shopping centre in Sixth Avenue, Walmer. Armed Response was immediately dispatched and arrived on scene within 2 minutes of the initial signal. The information received indicated that two suspects had jumped the fence to gain access to the premises. B11 started searching the area and found the suspects hiding on the premises; he apprehended them and handed them over to the SAPS.

A few hours later in a separate incident, Officer B22 was patrolling in Mill Park when he noticed a gentleman pushing a bicycle, after questioning the individual he was released. Officer B88 then noticed that a gate in College Drive was standing open and the inside light of the vehicle in the yard was on. He went in to investigate and it was uncovered that the vehicle was broken into with various items being stolen. The residents were alerted to the incident and after a sweep of the premises, the suspect was apprehended while hiding in the client’s treehouse.

The hunt then began for the suspect with the bicycle as he was believed to be linked to the theft. The details of the suspect were circulated to units in surrounding areas, and he was apprehended in Park Drive by Officer B145. Both suspects were handed over to the SAPS.

Atlas Security provides an effective Armed DPS Service, proven to bring crime down in the areas of operation, with that proof available to clients through our crime maps.
Ever wonder if you’re getting the service that you deserve and pay for? Our vehicles are tracked 24 hours a day, with tracking reports available to anyone who requests them. Ask your security provider for a tracking report, or if they’re in fact really armed?

You, as a client, deserve to be in control and make your provider accountable.