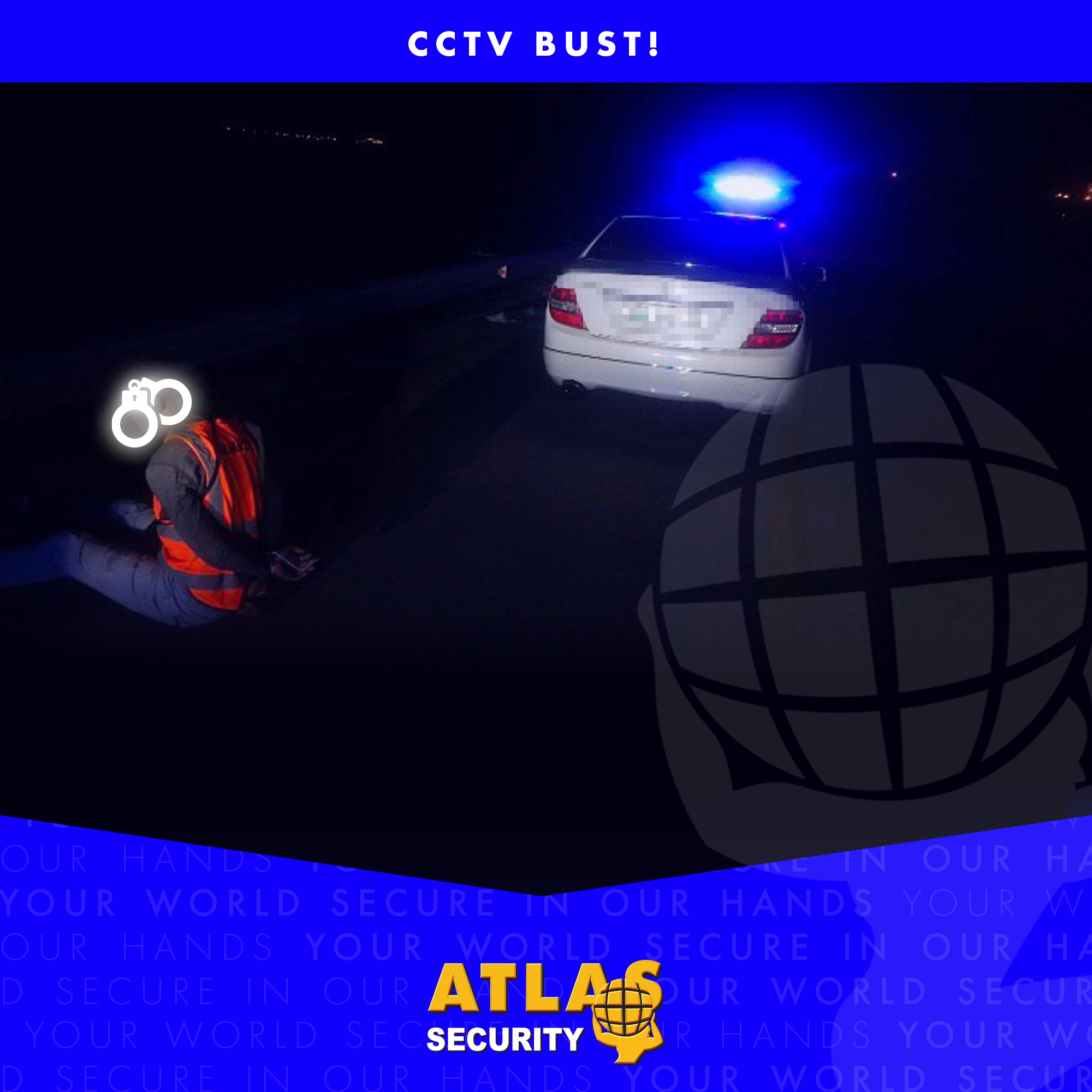 After receiving information last night that a Mercedes-Benz sedan had been stolen from a vehicle dealership in East London, our Control Room alerted all Armed Response to be on the look-out and the details were passed on to our CCTV desk.

Soon the vehicle was flagged by one of the Atlas Security License Plate Recognition (LPR) cameras on our AGRI EC/Atlas Security Highway network of cameras – heading towards Port Elizabeth. Several role-players sprung into action.
As the vehicle triggered various cameras along the route the SAPS members in conjunction with Atlas Security operators started coordinating and the net started closing around the fleeing suspects.

Eventually with great teamwork from SAPS and Atlas Security – alongside our AGRI EC LPR camera network, the vehicle was stopped by members of the Port Elizabeth K9 Unit – just outside of Port Elizabeth.

Two suspects were arrested and after searching the vehicle, an item was found positively identifying the vehicle as being the one taken from the vehicle dealership in East London.

A case of vehicle theft has been opened against the two suspects. Teamwork paid off in this instance and the criminals lost this round!