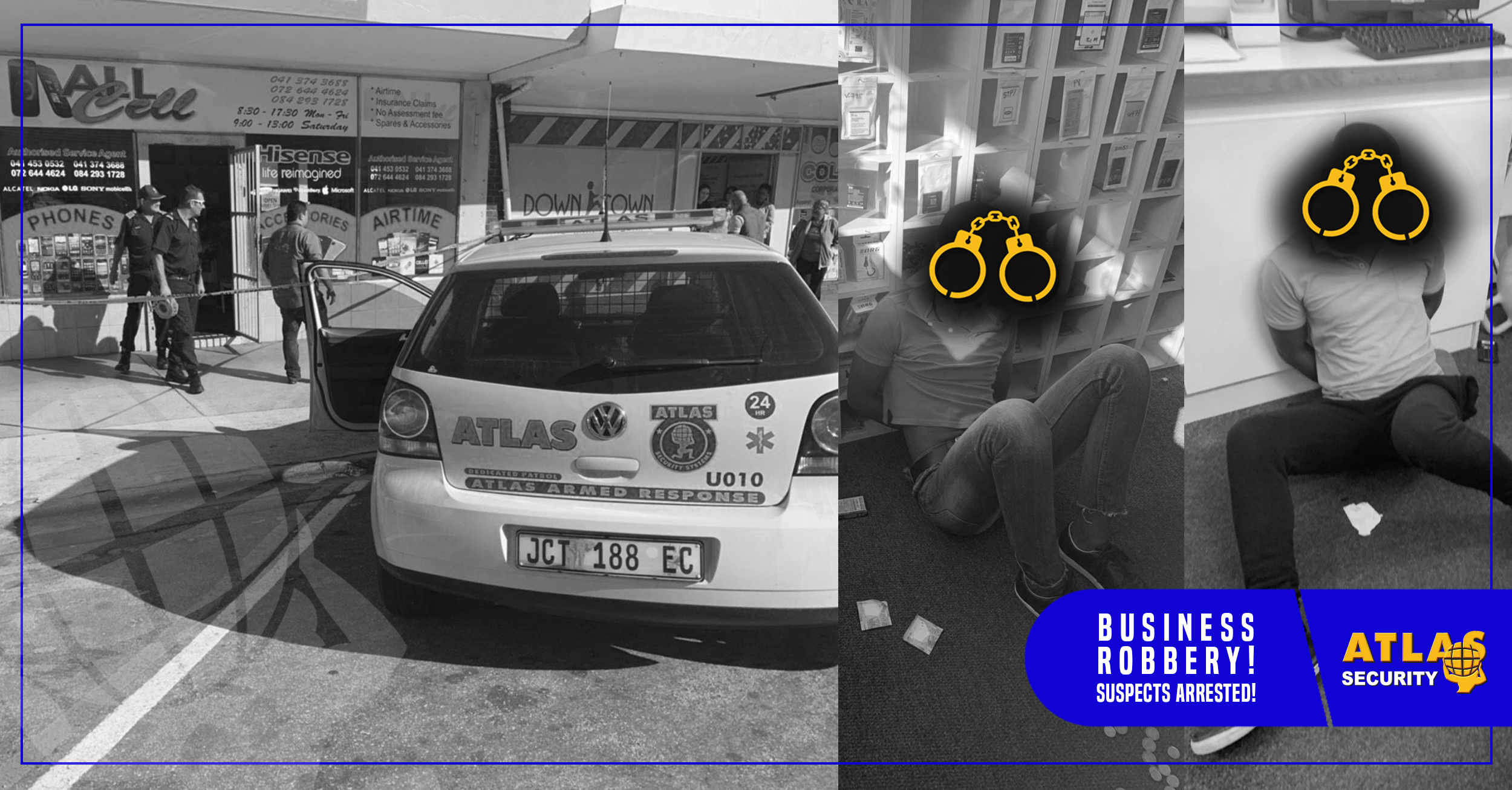 Our Armed Response team were immediately dispatched to a scene after receiving a panic signal from a business in Westbourne Road.

A gang of two men entered a store and demanded cash and goods using a firearm. Atlas Security Armed Response Officers arrived on site and inspected the property, they noticed that the safety gate was slightly open and two suspects were inside. Atlas Security Armed Response Officers, B99 and B118 instructed the suspects to lay down, at this point the one suspect attempted to attack Officer B118, moving in fast, Officer B99 used force to take both suspects down.

It was later ascertained that the suspects used a toy gun during the robbery.