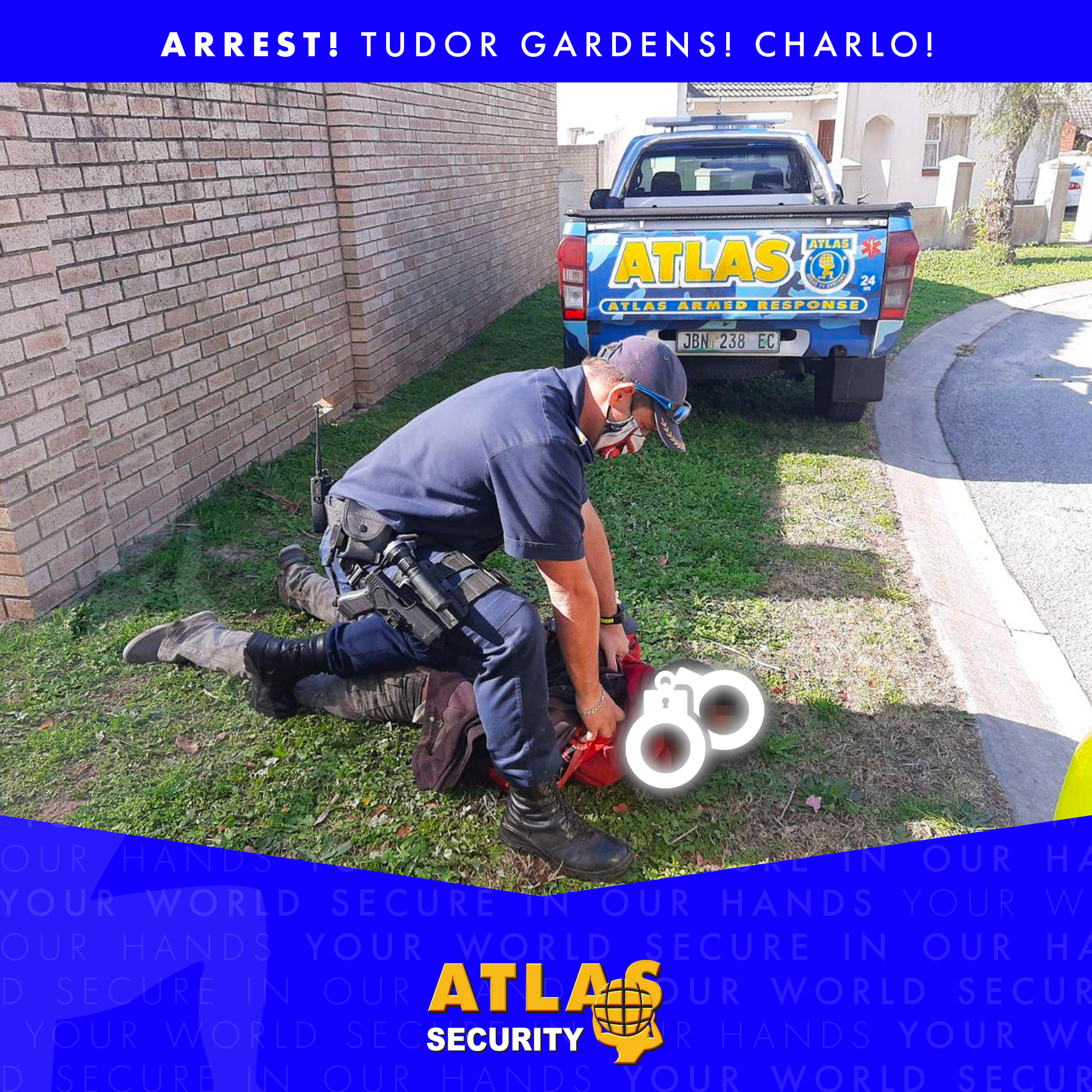 An alleged trespasser was successfully tracked down and apprehended following a panic signal from a client in Martin Road, Charlo.

Our control room received a panic signal from a client earlier today alerting us of an individual who had jumped over their wall and into the yard, the suspect ran off once the alarm was activated by the residents’ daughter.

On receiving the call our control room dispatched armed response officers to the scene, who immediately began patrolling the surrounding area in search of the wanted suspect. During the search, a call from another client in Derbyshire Drive alerted our control room of a suspicious individual. Atlas Security Armed Response Officer B14 questioned the individual and while questioning him, a number of young girls on their bicycles, one who was crying, approached our armed response officer informing him that the individual was harassing them and using foul language. The suspect was identified as the trespasser from Martin Road. He was arrested.

SAPS arrived on the scene and confirmed the suspect has multiple outstanding cases against him, including house robbery.