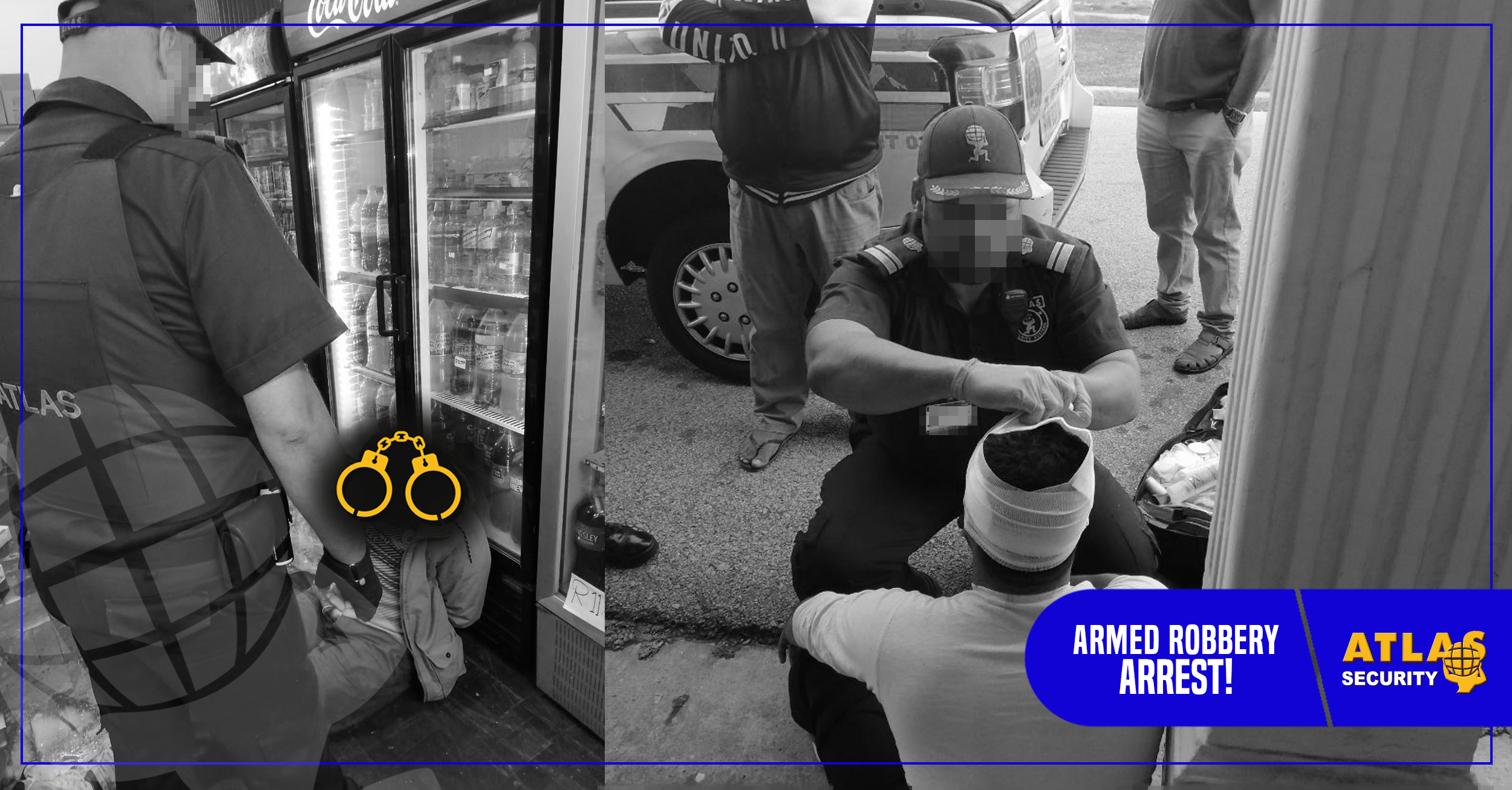 When the Officers entered the premises they found and arrested one suspect, the suspect had a toy gun in his possession. A second suspect managed to escape. The client sustained minor injuries to his head, and was attended to by our First Aid trained Officers while awaiting emergency services.

Make sure your business has adequate measures in place, such as panic buttons, to deal with possible risks! Stay safe!