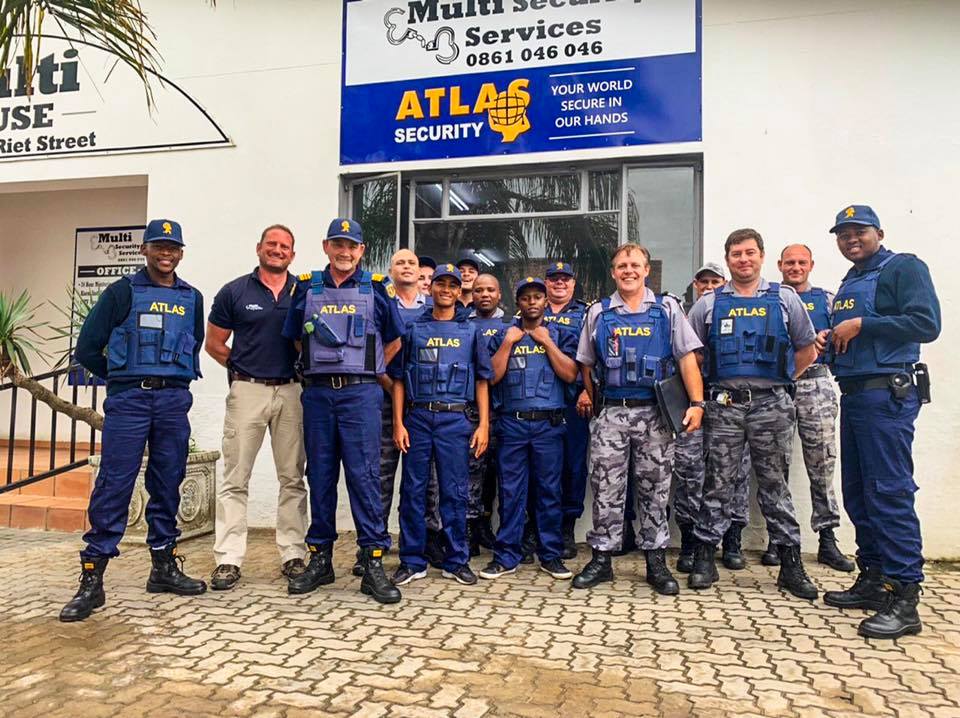 The greater Port Alfred area covered in Blue and Gold during joint operation!

On Thursday, Atlas/Multi Security, together with the SAPS started a massive joint operation in the centre of town. At the start of the operation, the focus was on the profiling of illegal car guards, they were also searched for any drugs and weapons. All foreign shops and hawkers were checked for licenses and the owners papers were checked.

Moving on, the team focused on combing through the bush area, in the search for any hidden stolen goods, or suspicious people and movement. The team then moved to the Kleinemonde area for some visible policing patrols and visibility.

During the course of the evening Atlas/Multi Security assisted the K-9 Unit with house raids for drugs, during this particular raid, drugs were found and one arrest was made. The joint operation continued until late into the night, providing visible patrols covering all areas.

This operation, being the first of its kind in the greater Port Alfred area, was set up to identify risk areas, clear out paths and to create a strong show of force. We will not stop until residents feel safe again!