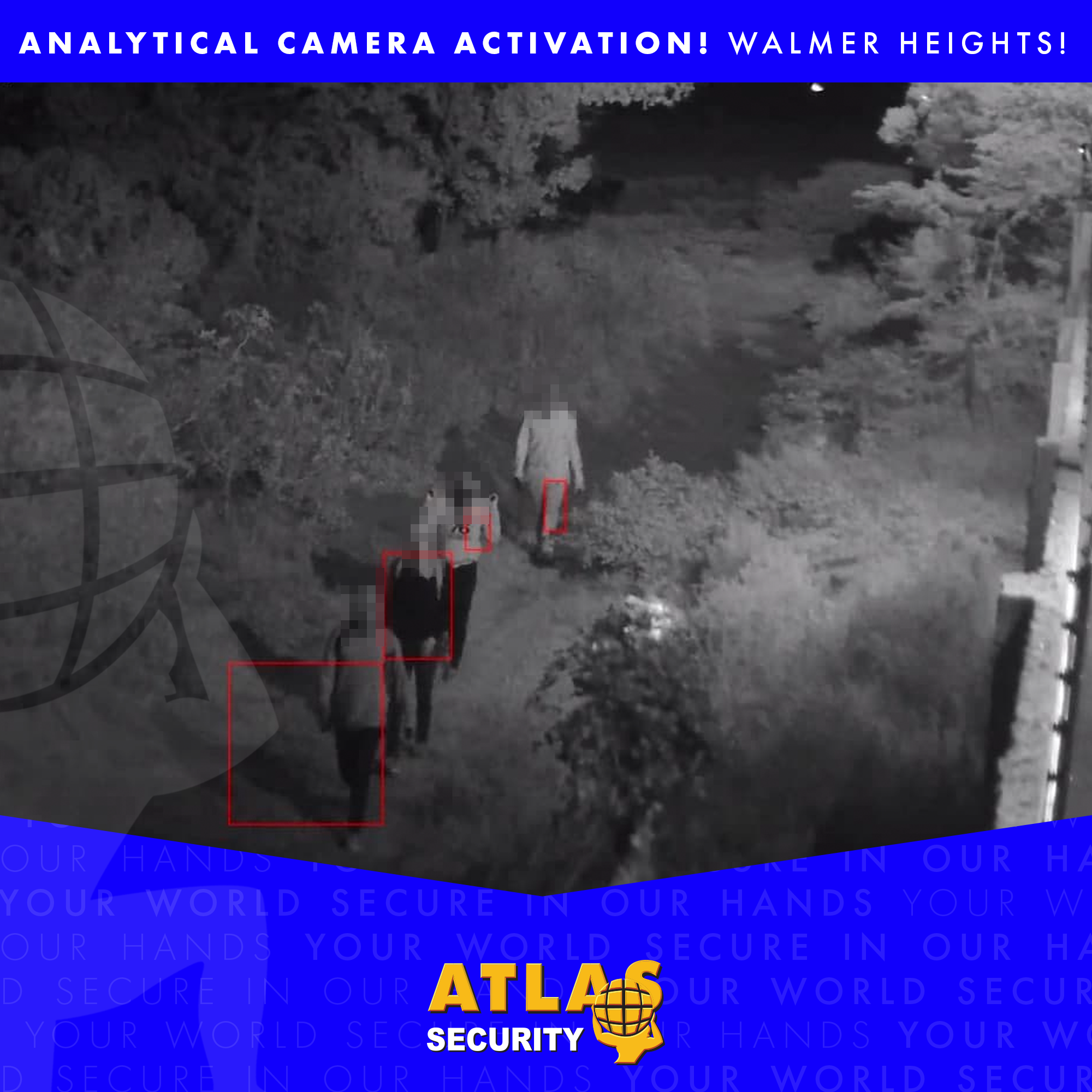 During the early hours of Tuesday morning, the Atlas Security Analytical Cameras in Walmer Heights were activated when four individuals walked through the bush to enter the neighbourhood via Beethoven Avenue.

Control Room Operators noticed that the individuals were carrying bolt cutters and a crowbar. 3 of the 4 were wearing balaclavas and the 4th individual attempting to hide his face when passing the cameras. With our team being on high alert after 2 house robberies and multiple burglaries taking place in the surrounding areas, the team acted swiftly to dispatch Armed Response before contacting the SAPS.

Multiple Armed Response vehicles responded and along with the SAPS Flying Squad, SAPS K-9 Unit and various other role players started searching the area for the suspects. The search, unfortunately, ended with no arrests, but there is little doubt that whatever plans the suspects had were shattered, forcing them to head home empty-handed.

These criminals are now under pressure knowing that they are being hunted, and that pressure will force them to make a mistake very soon. When that mistake happens, we will be there. Until then, make sure that your alarms are armed at night when you go to bed, we would much rather have your alarm activate which chases them away than have them gain access into your home which puts your family in danger. Too many residents are not arming their alarms at night, giving criminals like these the upper hand.