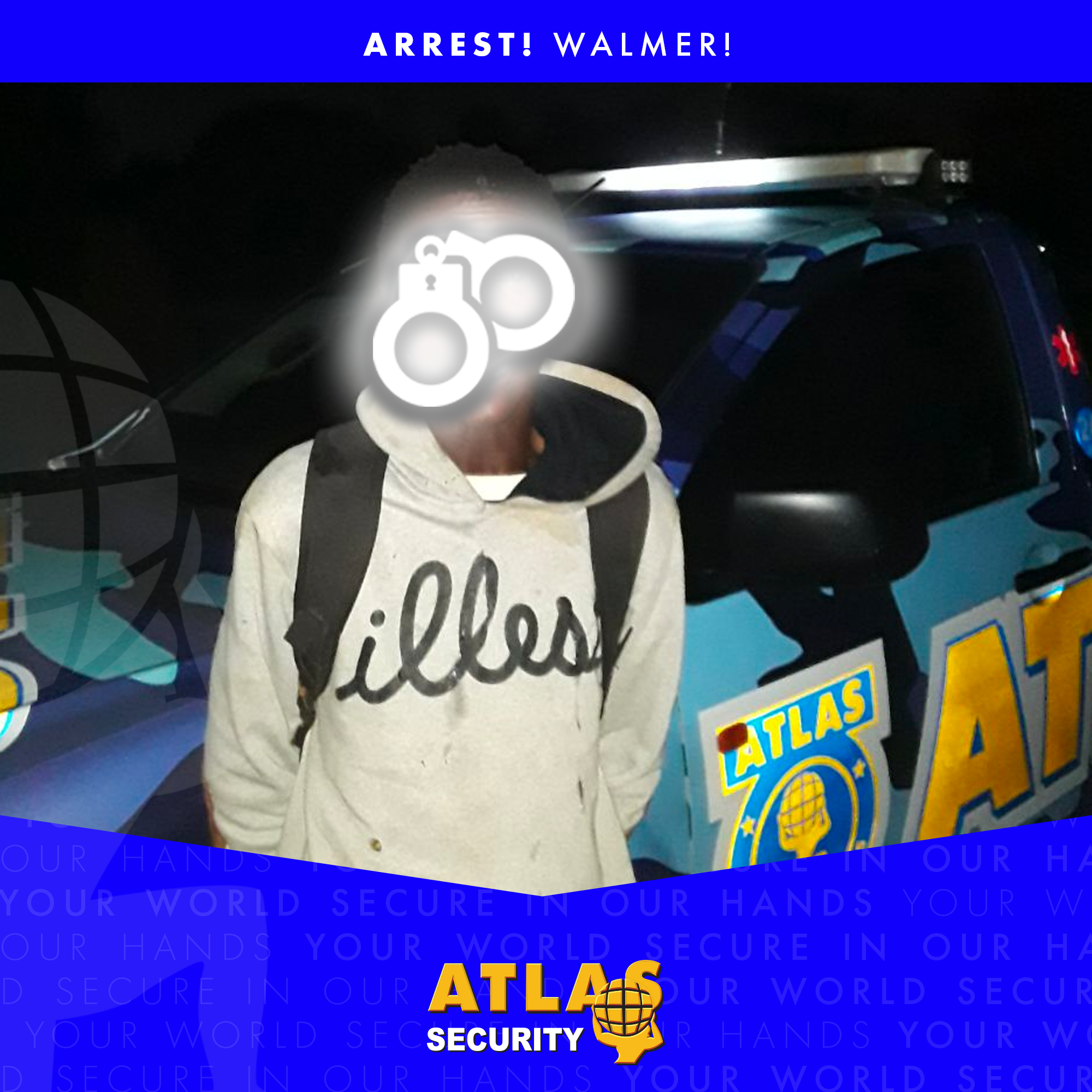 We all make mistakes in life, but it’s how we learn from those mistakes that help us to grow as people. We trust that this criminal’s monumental mistake of targeting an Atlas Security client taught him the lesson that he needed to learn.

It all happened in the early hours of Monday morning. Our Control Room received an activation signal from a business in Victoria Park Drive, allowing the operations team to spring into action like a well-oiled machine.

Armed Response Officer B17 arrived on scene with an additional 2 vehicles backing him up. When on scene it was discovered that the suspects broke the window of the building but were unable to enter through the burglar bars, B17 followed the trail of the suspects and caught them hiding in the bush nearby. One suspect was apprehended and handed over to the SAPS.

Ensuring that your alarm system is in a good working order before the holiday season gets going is a necessity, this allows for your peace of mind that our team will receive your signal in the event of an emergency.  Contact our control room today on 0861 585 585 to test your system.