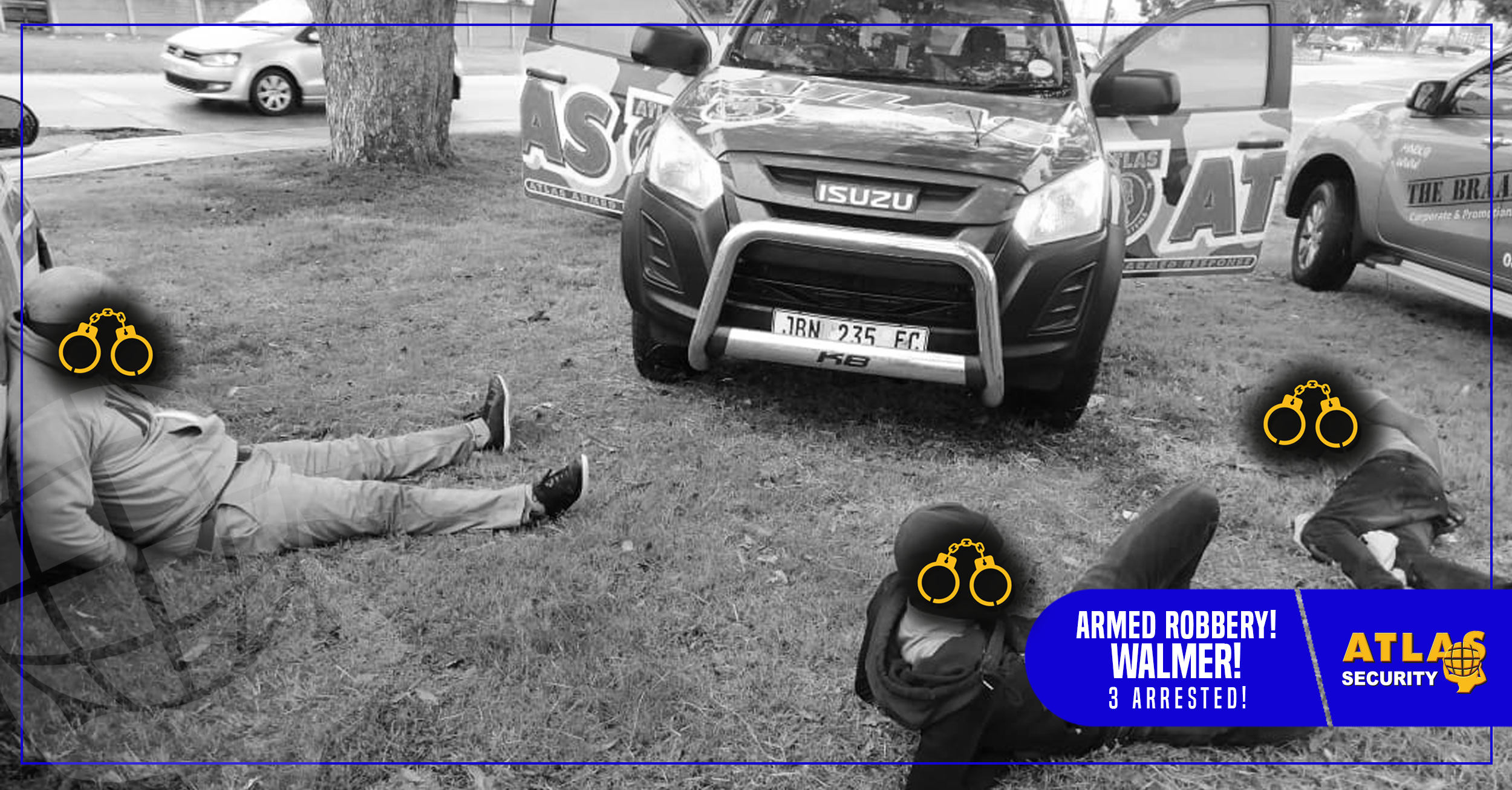 This afternoon Atlas Security Armed Response Officers, while on patrol in the Walmer area spotted 3 individuals running across a parking lot. One of the individuals had a firearm and they appeared to be running away from something.

Soon thereafter Atlas Security was informed of an armed robbery that had taken place minutes before at a nearby business in Heugh Road, who were not an Atlas Security client. Two firearms were recovered from the suspects as well as cash that was taken from the store. The suspects have been handed over to the SAPS.

With the long weekend, we ask you to be extra vigilant! Have a safe Easter Weekend, we’ve got your back! ?