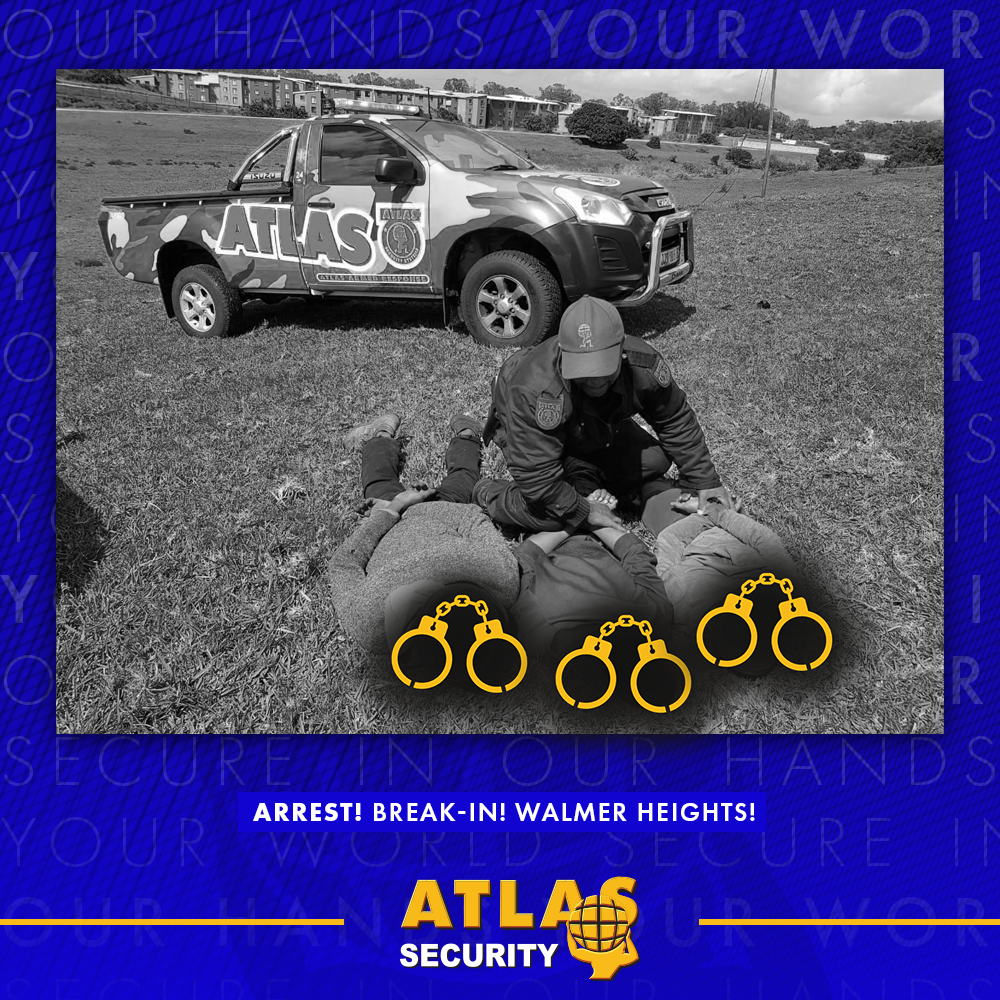 Atlas Security Armed Response Officers cornered and arrested three suspects following a panic signal from a property before lunch time today.
Atlas Security’s Operations Manager, Monty Montgomery says “Our Armed Response Officers immediately responded to a property shortly before lunch time today after a receiving a panic signal in our control room, on arrival our armed officer was alerted that three suspects had removed items and also vandalised the building”.

Monty commended the officers for their swift response and quick thinking at the scene which led to the arrest of the suspects. “We are committed to the fight against crime in the communities that we serve and we are determined to bring criminals to book,” he said.

We’d like to advise residents to ensure that their homes are adequately secured, internally and externally. It’s important when you are at home at night to always sleep with your home alarm activated. If you do not already have external beams and CCTV surveillance cameras on your property, it is worth installing these as they provide a strong early warning system and serve as a deterrent to criminals.