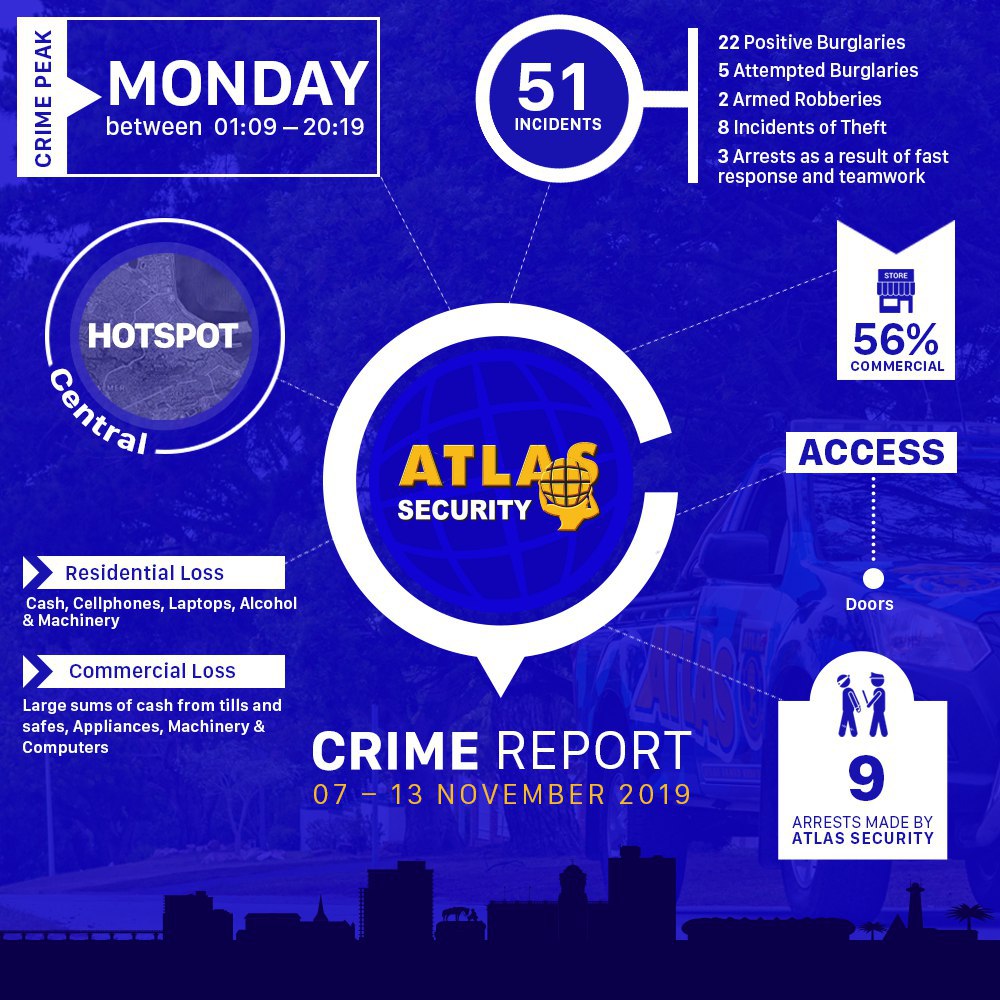 Commercial properties were hit the most, making up 56% of the total incidents.

In total 51 incidents, an increase of 24% from the previous week, were reported to Atlas Security. Of these, 22 were positive burglaries, 5 attempted burglaries, 3 arrests as a result of fast response and teamwork, 2 armed robberies and 8 theft incidents. The most reported incidents happened on Monday between 01:09 – 20:19.

The burglars’ most trending entry point was: