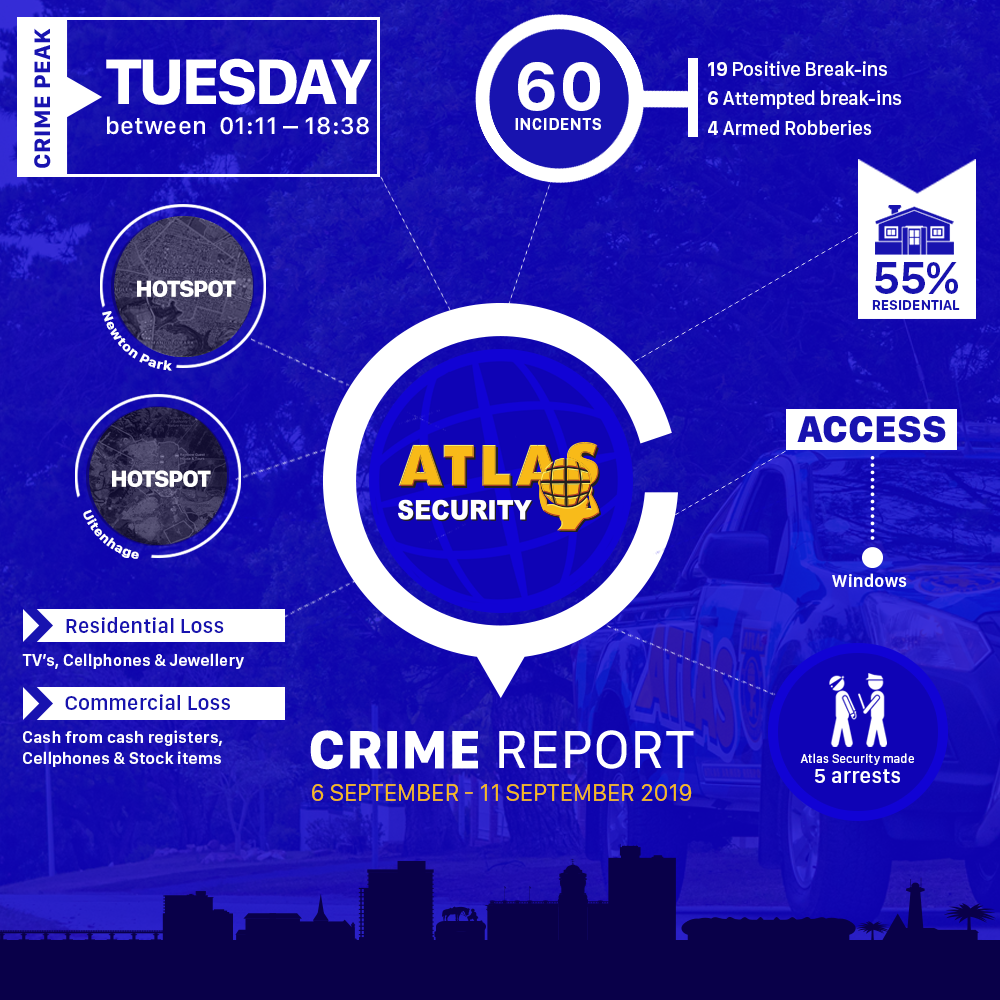 Trending Intrusions: Armed Robberies And Break-Ins On The Rise

For the second week in a row, residential properties were hit the most, making up 55% of all reported incidents, this comes as criminals take advantage of unprotected areas to gain access to homes and businesses.

60 incidents were reported to Atlas Security during this period, with 41 of them having occurred during the past weekend. 19 were burglaries, six attempted burglaries, and four armed robberies.  Atlas Security Armed Response Officers made 5 arrests, areas include Richmond Hill, Struandale, Sunridge Park and Uitenhage

On Thursday the Police released their annual crime statistics for South Africa. How was Nelson Mandela Bay Affected? We’ve broken down the numbers, click here: https://bit.ly/2lPyNEP

The burglars’ most trending entry point was: