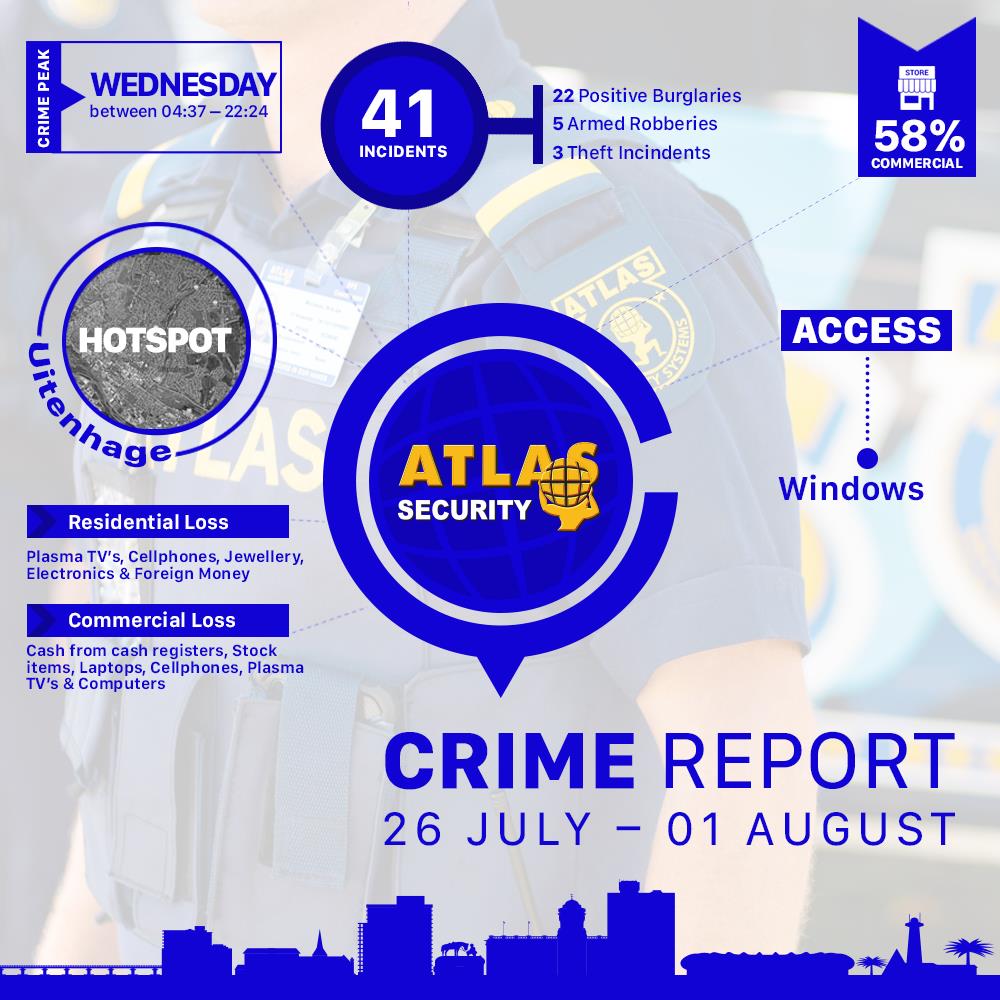 By Sinead Terblanche
comments off
288
0

Atlas Security release crime statistics from for the final week of July, 26 July – 1 August 2019. In total, 167 incidents were reported to Atlas Security for July 2019, which is an increase of 36% compared to the previous month.

Commercial properties suffered 58% of the incidents over the past week.

In total 41 incidents were reported to Atlas Security. Of these, 22 were positive burglaries, five attempted burglaries and three theft incidents. The most reported incidents happened on Wednesday between 04:37 – 22:24.

The burglars’ most trending entry point was:
• Windows

Hotspots for the week:
• Uitenhage