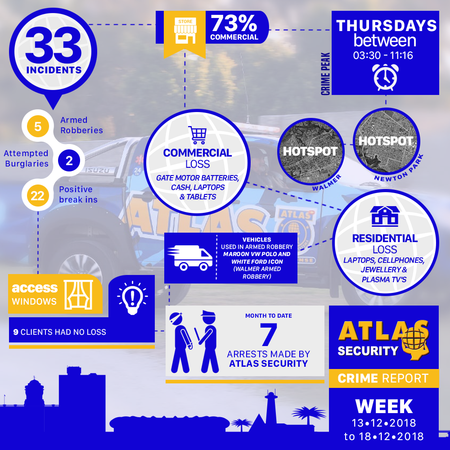 This week we are reporting on statistics from 13 December to 18 December 2018.

Commercial properties fell victim to 73% of the positive burglaries.

A total of 33 incidents were reported to Atlas Security during the period this period. Of these, 22 were positive burglaries, five armed robberies and two attempted burglaries.

The most reported incidents happened on Thursday morning between 03:30 and 11:16.

The highest trending items reported to have been stolen are:
• Laptops
• Cellphones
• Jewellery
• Cash
• Plasma TV’s

The burglars’ most trending entry points were:
• Windows (The majority of windows were left open)

Nine of the positive burglaries had no loss on site.

Month to date, 7 arrests were made by Atlas Security Armed Response Officers. 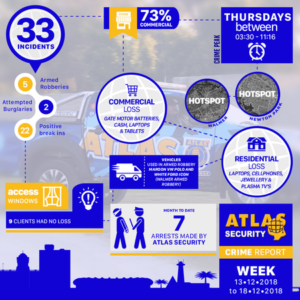