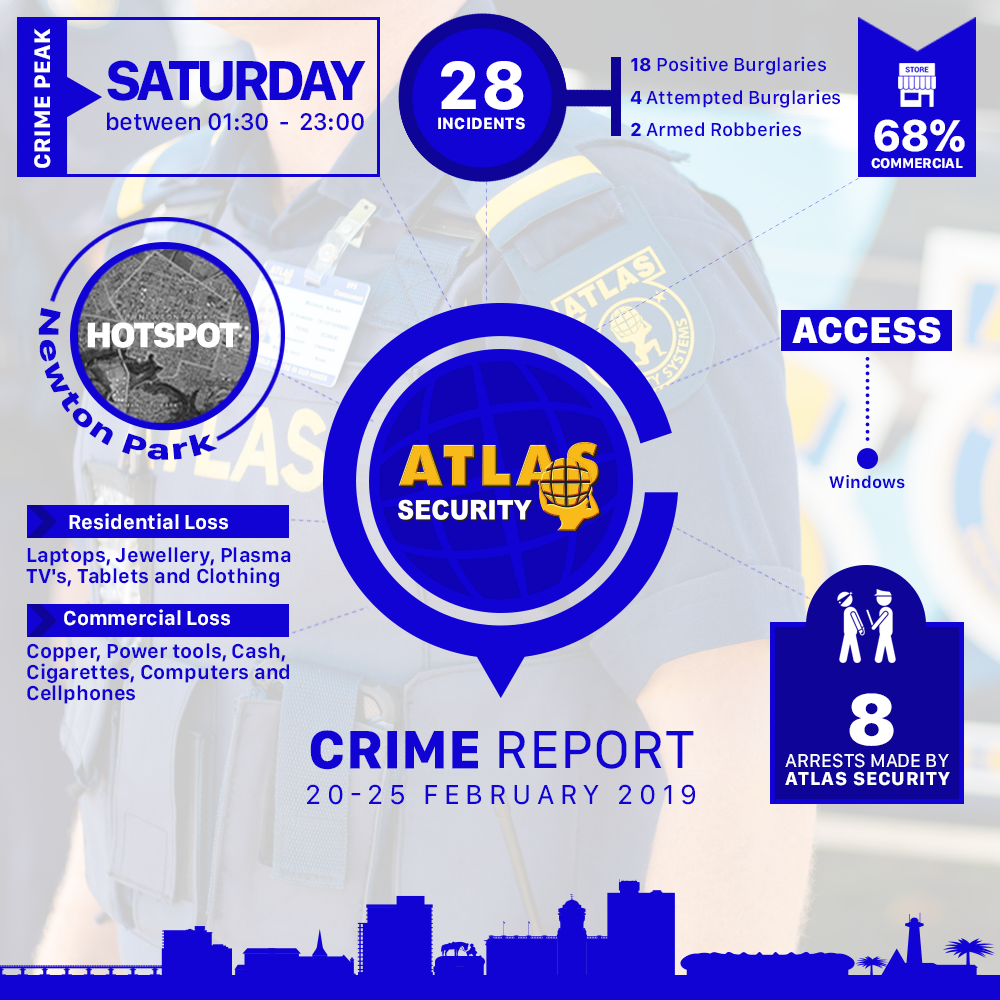 Criminals are still targeting commercial properties, this making up 68% of the positive burglaries in Nelson Mandela Bay.

Atlas Security responded to a total of 28 incidents during this period. Of these, 18 were positive burglaries, four attempted burglaries and two armed robberies.

The burglars’ most trending entry points were:

A total of 8 arrests were made for the week starting the 20th February. We would like to thank the SAPS, K9 Unit as we ll as the community for all their assistance.