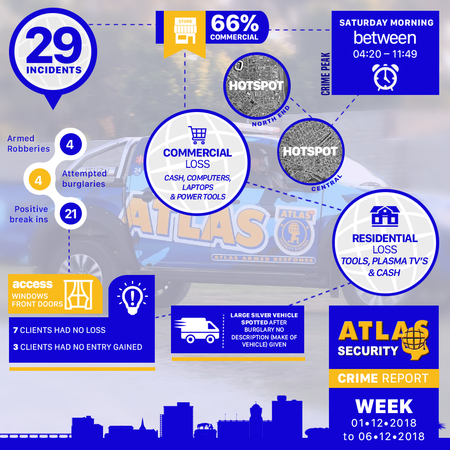 This week we are reporting on statistics from 1 to 6 December 2018.

Commercial properties take the lead with 66% of the positive burglaries in and around the Bay taking place at businesses.

In total 29 incidents were reported to Atlas Security during the period in question. Of these, 21 were positive burglaries, four attempted burglaries and four armed robberies.

The most reported incidents happened on Sunday morning between 04:20 and 11:49.

The highest trending items reported to have been stolen are:
• Tools
• Plasma TV’s
• Cash

Seven of the positive burglaries had no loss on site. Three of these also had no entry gained into the premises.
Vehicles used: 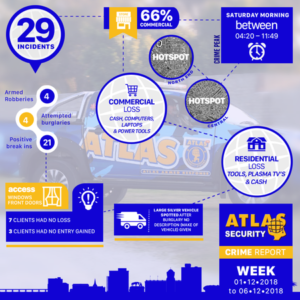