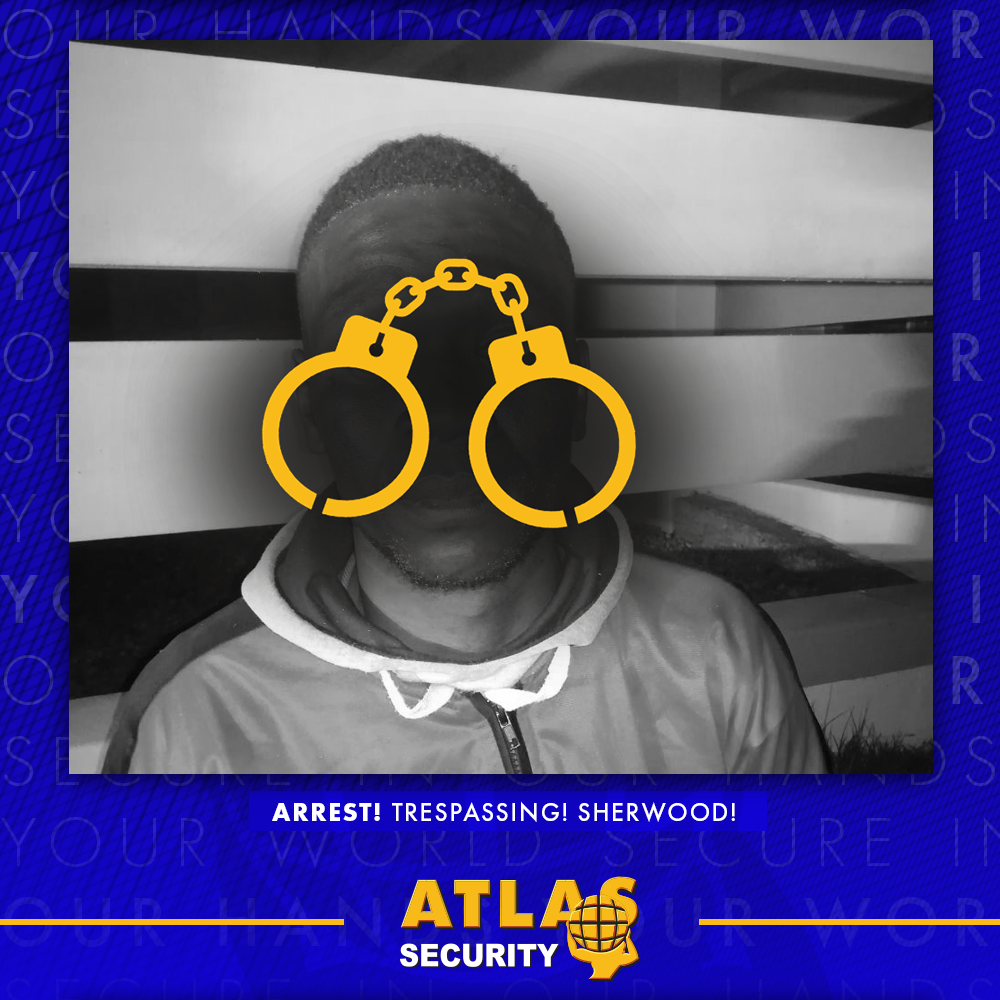 Multiple Atlas Security area vehicles responded to the scene where it was ascertained that there was an attempted break-in at the neighbouring home. Gathering more information in an attempt to apprehend the suspect, additional back up was brought in. The suspect then jumped over multiple walls in an attempt to evade arrest. The situation became volatile when the suspect had assaulted a resident on another property in the same street. Atlas Security Armed Response Officer, B25 swooped in and made the arrest after the Sherwood NHW cornered the suspect.

We would like to advise residents to alert their security company and the police in cases where intruders are suspected to be on the property.
A suspect could be carrying a concealed weapon and there could be more than one armed and dangerous intruder hiding outside. If you spot a suspect in your garden, press your panic alarm and call the police.

Always make sure that your garden beams are activated when you are home in the evenings so that you will be alerted if an intruder gains entry onto the property. In this case, the client pushed her panic which resulted in a successful arrest.